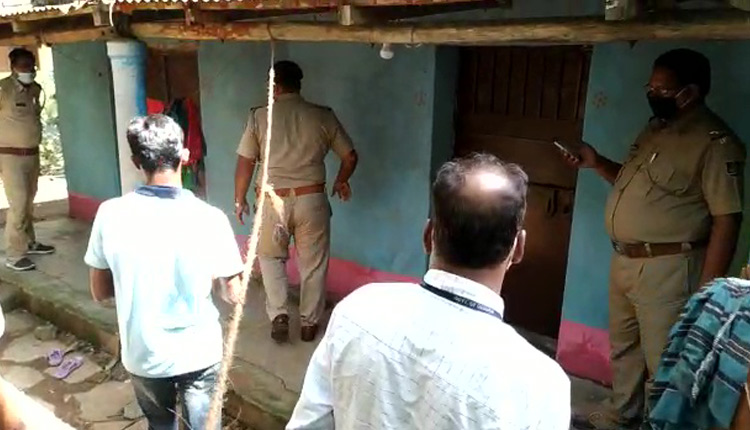 Bhadrak: A woman was rescued by Bhandaripokhari Police in critical condition after nearly 15 hours from her locked room near Patapola in Bhadrak district on Wednesday.

As per reports, the husband of the woman, who works as a driver was away since Tuesday afternoon. Sources informed that the woman was locked up in the room since then.

Suspicion arose on Wednesday morning when the woman did not respond to the calls of her neighbours. People started to gather in front of her house suspecting the woman to be dead. Finally the cops were called in by the locals who also informed the relatives of the woman about the incident.

Sources said, the Bhandaripokhari Police broke open the door in the presence of the magistrate and rescued the lady in a critical condition.

The woman was immediately shifted to Bhandaripokhari Hospital for treatment.

“After being informed about the incident by the local youths, I called the IIC. Her husband is away in Sambalpur on duty. He will be reaching here shortly,” said Birendra Nayak, a local.