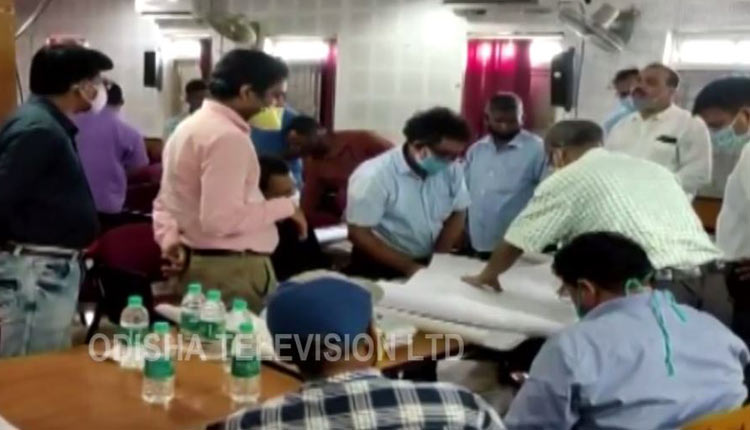 Balasore: Top officials of Odisha and West Bengal governments on Wednesday met at Dantan block office of West Medinipur district to discuss modalities over border dispute arising out of several villages near Jaleswar.

The development comes as a relief for both the neighbour States after a prolonged border dispute between both states over 9 villages in Jaleswar block in Odisha and 13 villages in West Medinipur of West Bengal.

It may be noted that Subarnarekha River is the natural border between both the States as there is no concrete demarcation and the virtual lining often creates confusion.

West Bengal extracts sand from Subarnarekha riverbed in the nearby villages like Makidia and Kuanrpur, however, it is being said that the sand mining zones fall within Odisha’s jurisdictional boundaries. Odisha alleges that this has been the root cause of tensions in the locale as it continues to lose its revenue to unilateral sand mining by the neighbouring authorities.

National Green Tribunal recently intervened in the row and directed both the stakeholders to resolve the standoff with mutual deliberation between representatives of both the states.

Balasore Sub-Collector, Nilu Mohapatra in an interview to OTV said, “There was a dispute regarding the sand extraction from the Subarnarekha riverbed. Sand mining zones fall in the disputed villages of Odisha and West Bengal as there is lack of any clear demarcation. After a discussion in this regard, we have decided to use geo-referencing technologies to demarcate lines so that the dispute does not escalate.”

“Monsoon has already arrived and this will surge the water flow in Subarnarekha. It will be difficult for us to map the lines and the disputed village regions. We have set November as a tentative date to start demarcation process,” Mohapatra added.

He further said that the government is optimistic about reaching a consensus in this process. “The NGT is tracking all the developments in the disputed regions. We will obey the tribunal’s direction in future, he said.