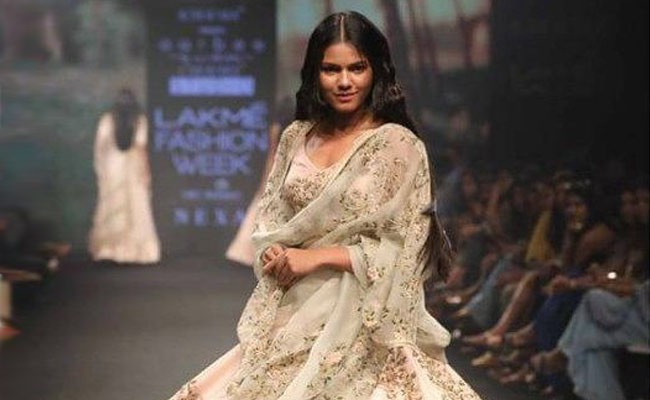 Bhubaneswar: Odisha is considered as one of the tribal-dominated states in the country; however, development & progress has often eluded the tribal population. Young Rhea Resham Bari who hails from the ‘Ho’ tribal community of the State has beaten the odds and is leaving a mark in her sphere.

Models in the fashion industry are considered well-nigh perfect images of beauty and glamor. Though 24-year-old Rhea was initially not very confident of her dusky-skin and even criticised, she has been successful in breaking the fair complexion-bias and has sealed a place for her in the fashion industry. And Rhea has been garnering support and praises for her endeavour in the cut-throat industry.

“How many times do you see a tribal girl from Odisha dazzling the fashion show ramps? Meet Rhea Resham Bari who comes from the ‘Ho’ tribal community in Odisha. She has broken all stereotypes about beauty, while carrying her complexion & features with pride on fashion show ramps,” a twitterati said.

Rhea who hails from Pallahara in Angul district shifted to Bhubaneswar for her studies. She later moved to Bengaluru and took admission in Christ University to pursue Bachelors in Performing Arts. However, she left her studies midway and went to Mumbai to try her luck in modelling.

She started her career with beauty pageants and became the first runners-up of World Supermodel India 2016. She also won Unlimited Mega Model Hunt 2016. Rhea, who also has a degree in acting from Anupam Kher’s Actor Prepares: The School of Actors, has featured in popular reality show on MTV – India’s Next Top Model.