Odisha: Tension At Hospital After Patient Dies Due To ‘Empty Oxygen Cylinder Support’ 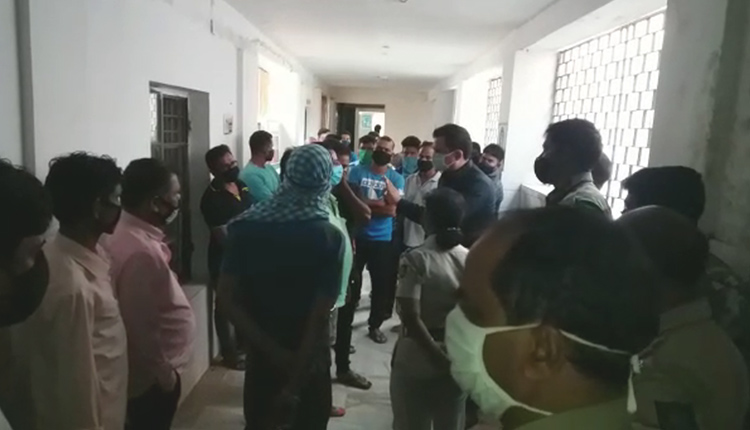 Dhenkanal: The death of a 42-year-old man at Kamakhyanagar Sub-Divisional Hospital in Dhenkanal district due to alleged medical negligence sparked outrage on Friday.

Saroj Kumar Rout of Kanapura village under Kamakhyanagar police limits was admitted to the hospital at around 2 pm after he complained of illness and breathing problem on Friday. However, he died while undergoing treatment at the hospital.

The family members of Rout alleged that the oxygen mask he was wearing was connected to empty oxygen cylinder which led to his death. Demanding compensation, they created ruckus at the hospital.

Deceased Rout’s uncle, Minay Verma said, “He was suffering from severe breathing difficulties. After initial examination, the doctor administered him injection and kept him on oxygen support. However, we found that the oxygen cylinder was empty and contacted the hospital staff. Later, they issued another oxygen cylinder but that was also not working.”

Kamakhyanagar police rushed to the spot after getting information and launched an investigation in connection with the incident.

On being asked, Kamakhyanagar Sub-Divisional Medical Officer, Ratnakar Samal assured an enquiry into the matter. “Rout was critically ill and the doctors here had referred him to SCB Medical in Cuttack. However, he was admitted at the hospital later as his health condition was deteriorating fast. After complaint by his family members, our staff checked the oxygen cylinder and realised it was working slowly following which it was replaced with a new one,’ said Samal adding that the matter will be enquired and if anyone is found guilty, appropriate action will be taken against the defaulter.