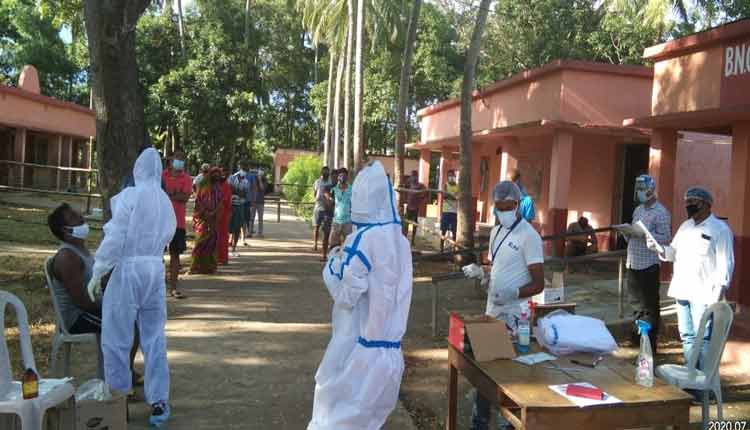 Bhubaneswar: Odisha continues to witness a rise in COVID-19 cases with the State reporting 3,384 new virus cases in the last 24 hours pushing the tally to 90,986. The death toll has risen to 448 as seven more patients succumbed to the virus.

Of the new cases, 2,128 were reported from quarantine centres and 1,256 are local contact cases.

Khordha with 587 cases & Cuttack with 492 positives are the two worst-hit districts in terms of new #COVID19 cases in #Odisha today.

Of the record spike of 3384 new cases, 2128 positives reported from quarantine while 1256 are local contacts. pic.twitter.com/Yny55jUayz

According to Health and Family Welfare department, Sambalpur reported three deaths, while Bargarh witnessed two, and Bhubneswar and Bhadrak registered one death each.

#COVID19 death toll rises to 448 in #Odisha after 7 more patients succumb to the disease in last 24 hours.

3 from Sambalpur
2 form Bargarh
1 each from Bhubaneswar & Bhadrak

While Ganjam and Sundargarh reported two deaths each; Balasore, Balangir, Cuttack, Gajapati and Khordha witnessed one death each.