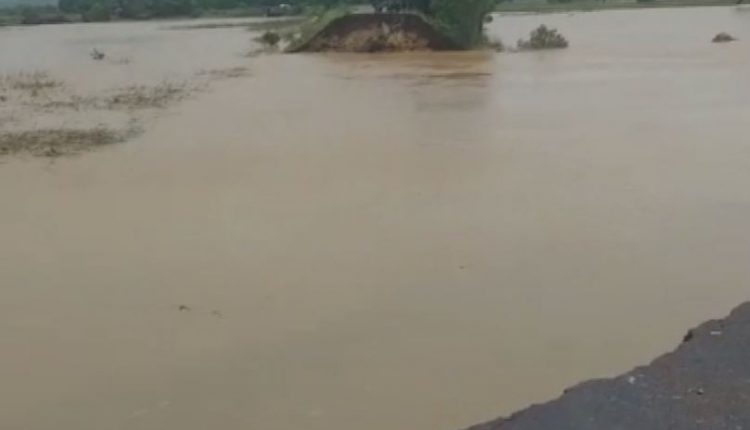 Bhubaneswar: The opposition BJP in Odisha on Monday launched a scathing attack on BJD in connection with reported blowing off of Kelua river embankment in Jajpur district and alleged involvement of the ruling party leaders in the mischievous act.

Addressing a presser here, BJP State general secretary Lekhasri Samantsinghar said, “The 300 feet breach in Kelua river embankment at Ramapur area under Dharmasala block was deliberately created by blowing it off using dynamite. Odisha Chief Secretary Asit Tripathy and the district collector have admitted that the breach is manmade.”

“BJD MLA Pranab Balabantaray and his maternal uncle Naren Jena alias Badal Jena, who is a junior engineer, are involved in the act. Jena has been in Dharmasala division since last 20 years” Samantsinghar alleged.

A whooping Rs 24.42 crore was spent to revamp the 20-foot wide embankment last year so that it can withstand any kind of floods. “Those, who have restored the embankment last year, have deliberately destroyed it to embezzle the money this year too,” Samantsinghar said.

Demanding stringent action against the Balabantaray and Jena, the BJP leader said cases should be filed against them under Explosive Act and National Disaster Management Act for putting public lives at risk.

Meanwhile, police have launched an investigation into the matter after assistant engineer of Jaraka Irrigation department Kamadev Das filed an FIR in this regard. No arrests have been made so far.

One Rupee Fine For Prashant Bhushan In Contempt Case

Kangana Ranaut Mocks Those Questioning Her Stand On Modern India; Reveals How Her Mother Adopted a Dalit Girl