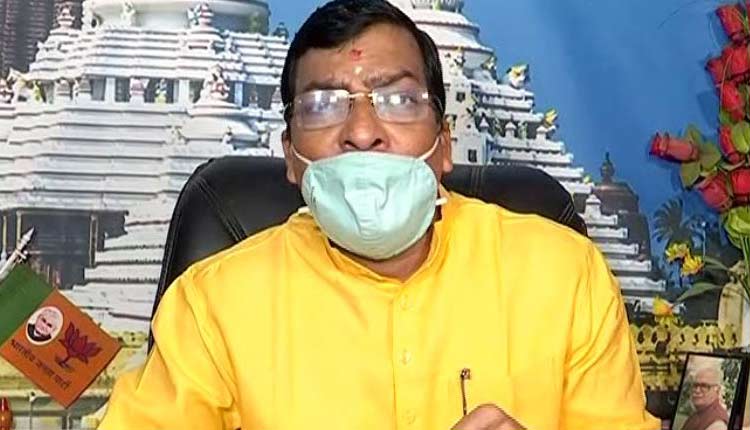 Bhubaneswar: A day after Odisha government discontinued providing assistance under Odisha State Treatment Fund (OSTF) for treatment of poor patients in hospitals across the state, the opposition BJP on Saturday launched a scathing attack on the ruling-BJD for ‘making false promises prior to the elections’.

Targeting the Naveen Patnaik-led government, BJP State general secretary Golak Mohapatra said, “The chief minister had said that he will never discontinue the scheme. Going by what the CM said, the State Health minister also repeated the same during a question hour session at the Assembly in February.”

He further questioned, “Why did the government stop funding the poor for treatment under OSTF? If the state government doesn’t have sufficient funds to continue the scheme, why did it make fake promises to the people during elections then?”

“When Prime Minister Narendra Modi urged Odisha government to implement the Centre’s Ayushman Bharat Yojna, the BJD government said it will roll out its own scheme. Now, why did they discontinue it?,” he asked.

The discontinuation of funds for treatment will leave the poor in distress, the saffron party leader said.

The ruling-BJD is yet to comment over the allegations.

Notably, the State government had decided to discontinue OSTF in the State after July 31. A decision in this regard was taken during OSTF Society executive committee meeting held on July 13.

However, treatment of the poor under Biju Swasthya Kalyan Yojana (BSKY) will continue in the State, sources said.

COVID-19 May Cause Deadly Blood Clots In Pregnant Women

Tourism Sector May Open In Odisha Amid COVID-19 Pandemic