Odisha Farmers Spend Nights On Trees To Save Crops From Elephants 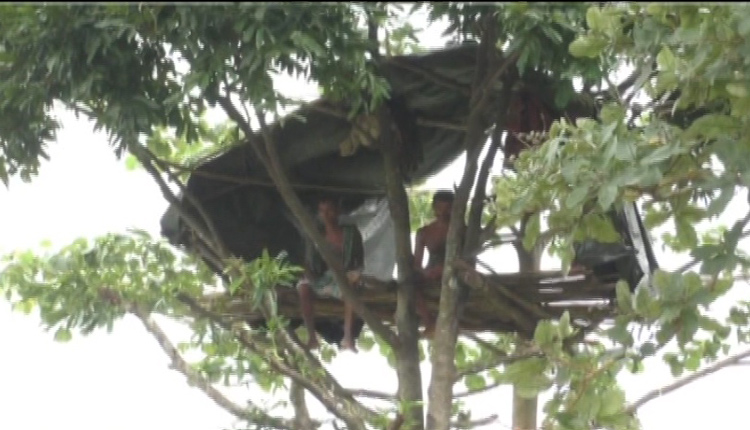 Berhampur: The farmers in Mujagada Forest Range under North Ghumusar Forest division in Ganjam district are forced to live on trees to save their crops from the constant threat of elephants.

As per the allegations of locals, despite repeated complaints, the Forest department is yet to take any action to ensure protection from elephants, forcing the farmers to take the matter into their own hands.

The farmers carry loud musical instruments which they would play from treetops to drive away elephants and other animals like wild boars and monkeys from their farmland.

“The forest officials come to the spot after complaint, but they usually stand at a distance and just wait for the elephants to go away on their own. Our crops are getting destroyed because of this,” said farmer Bhabani Shankar Nayak.

“We light fire and use loud sounds to ward off the pachyderms.” added Nayak.

“It has been three months and we have to guard our crops day in and out, but nobody comes to our help,” alleged another farmer, Munna Nayak.

No comments could be obtained from the Forest department officials.

4 Killed, 4 Others Critical After Consuming Spurious Liquor In Odisha