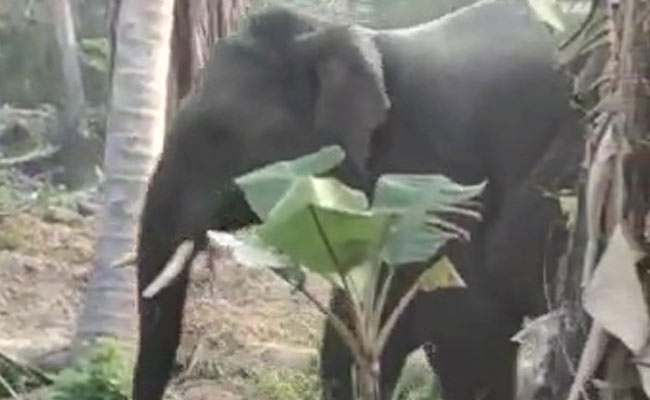 Baripada: A 70-year-old man was trampled to death by an elephant in Odisha’s Mayurbhanj district on Sunday, police said.

The incident took place in the Sasgovindpur area in the evening when the man, identified as Srikant Behera, was returning home at Sarumula after watching a football tournament at Marmoda, said Lopamudra Nayak, the inspector in-charge of the Rasgovindpur police station.

Behera was passing through the forest when the wild tusker, which has been in the area for the last few days, attacked him, she said.

The body has been recovered and would be sent for post-mortem on Monday.

A case of unnatural death has been registered, police said.