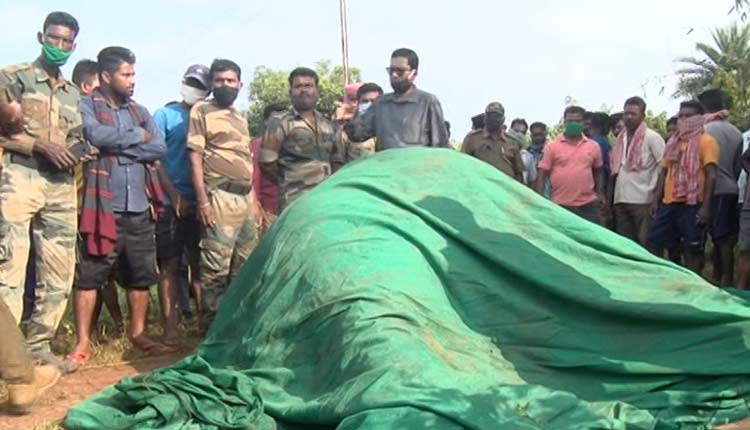 Khurda: A female elephant that was found dead in Malipada area of Khordha forest range was pregnant, revealed the post-mortem report.

A team of doctors from Odisha University of Agriculture and Technology (OUAT) confirmed the pregnancy after conducting the post-mortem today. The team also took out the still-born calf from the body of the elephant.

The post-mortem has been completed and the exact cause of death of the elephant can be ascertained after the complete report arrives, the doctors said.

After the autopsy, the bodies of the mother elephant and the calf were buried at Ketakijhar nursery.

The carcass of the elephant was found lying in Malipada on Thursday. As a high-tension electric wire is passing through the area, it was suspected that the elephant was electrocuted after coming in contact with the wire.

At least five elephants have died under the Khurda forest range in a span of one year while seven persons have lost their lives in elephant attacks. Moreover, 13 persons were seriously injured in such attacks in last one year.