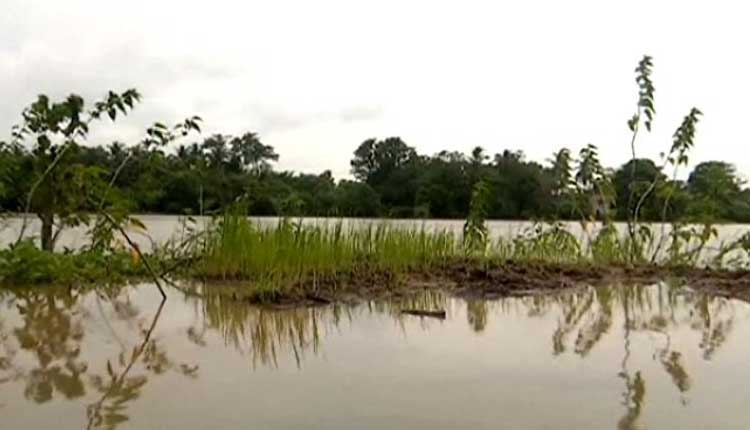 Balasore/Nabarangpur: Incessant downpour triggered by back to back low pressures over the Bay of Bengal has waterlogged acres of farmlands posing threat to agricultural activities across Odisha. Farmers now stare at an uncertain future fearing loss of crops and income.

According to sources, crops on around 500 hectares of agricultural land in Balasore’s Bhograi damaged due to waterlogged conditions in the area.

“My paddy crop damaged due to the continuous downpour. My two-acre of agricultural land is still under knee-deep water,” said a farmer, Gangadhar Pal while urging Odisha government for assistance.

“I have taken Rs 50,000 loan for paddy cultivation but due to heavy rain, my four-acre of land is now submerged under knee-deep water damaging the crops entirely,” said another farmer, Subala Dalai.

Though rain has stopped and flood water is subsiding gradually in Nabarangpur, the situation in 15 villages under Koshagumuda block in the district still remains grim. Farmers alleged huge crop loss due to rain.

“I am in distress after my crops were damaged due to the heavy rainfall. Now, it will be difficult for me to make the ends meet,” lamented Khemraj Nayak, a farmer.

Meanwhile, Kodinga Tehsildar has said that compensation will be provided to the farmers after damage assessment.

“Now, the rain has stopped and flood water is subsiding. After primary assessment, we found that 68 houses were damaged and the amount of crop loss is being reviewed. After completion of the assessment, compensation will be provided to the victims,” said Sahadeb Kutruka, Kodinga Tehsildar.