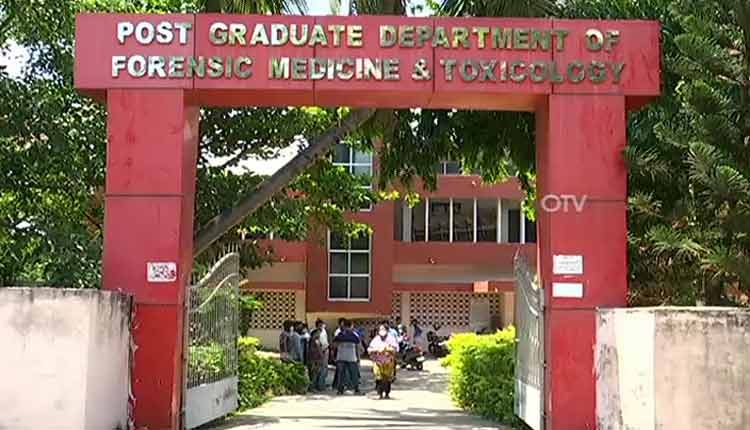 Berhampur: Mutilated body of a woman was recovered from the railway tracks near Gopalpur flyover today. The deceased has been identified as Sushma Pradhan, wife of Anil Kumar Pradhan, who is posted as Deputy Superintendent of Police (DSP) of Gajapati district.

As per reports, Sushma had reportedly left home to visit a temple in the neighbourhood and went missing yesterday evening.

“My aunt had left home to pray at the temple. As it was raining, we initially thought she might have taken shelter or stopped at the place of our neighbours. However, when she did not return, we started to look for her,” said Subhranshu Pradhan, nephew of the deceased.

According to Subhranshu, the family members then got information regarding recovery of a body from near the railway tracks. After verification, the body was identified to be that of my aunt, he added.

Meanwhile, the exact reason behind the woman’s death is still unclear while further probe in this connection is underway, police said.