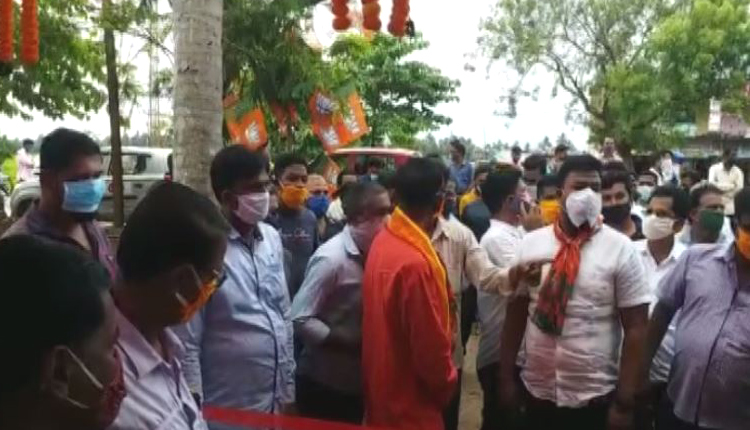 Jagatsinghpur/Balasore: With the by-elections for two Assembly seats in Odisha round the corner, three major political parties in the State – the BJD, BJP and Congress have intensified their campaigns in the Tirtol and Balasore Sadar constituencies to woo voters.

The leaders of the three political parties have launched door-to-door campaigns and ditching in all efforts to gather maximum votes to their pockets.

Meanwhile, the BJP has inaugurated an election office at Raghunathpur in Tirtol and the saffron party candidate for the Assembly seat Raj Kishore Behera has started the campaign with development his chief agenda in the manifesto for the ensuing polls.

Similarly, Congress candidate Himanshu Bhusan Mallick along with State party in-charge Chellakumar has launched campaign to seek support of the voters ahead of the poll.

Meanwhile, BJP’s Balasore Sadar candidate Manas Dutta has filed his nomination. He along with his supporters and party workers has launched campaign.

On the other hand, after much hue and cry in the BJD, the supporters of Rabindra Jena finally have finally extended support to party candidate Swarup Das.