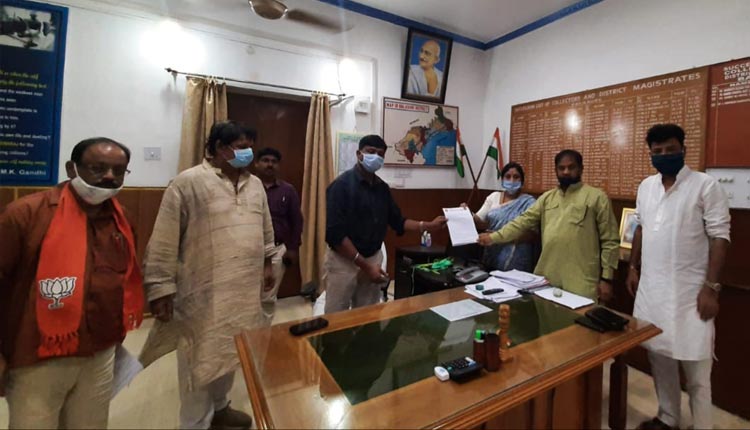 Balasore: A delegation of Odisha BJP unit met the Balasore District Collector K Sudarshan Chakravarthy on Monday and submitted a memorandum over the alleged irregularities during the postal ballot polling in Balasore Sadar Assembly constituency.

Earlier on Monday, some members of BJP detained a polling team at Channua village under the assembly constituency accusing the presiding officer in-charge of showing favouritism and urging voters to cast their votes for BJD.

Ahead of the by-election to the Assembly seat on November 3, polling of votes in postal ballots was underway in Channua village on Monday. During the polling, some members of the BJP alleged that the presiding officer motivated elderly locals and handicapped voters to vote for a particular party. Irate workers of the party later detained the officer and sought an explanation from him.

“The returning officer through his booth-level officers (BLO) team was forcing the people to vote for BJD. A voter in the panchayat said that though he wanted to cast his vote for BJP, the polling team compelled him to vote for BJD.

The concerned BLO and the polling team should be booked and strict action should be taken against him,” demanded Samatasinghar after submitting the memorandum with the district collector.

Odisha: Thieves Rob People Off Their Night Sleep In This Village