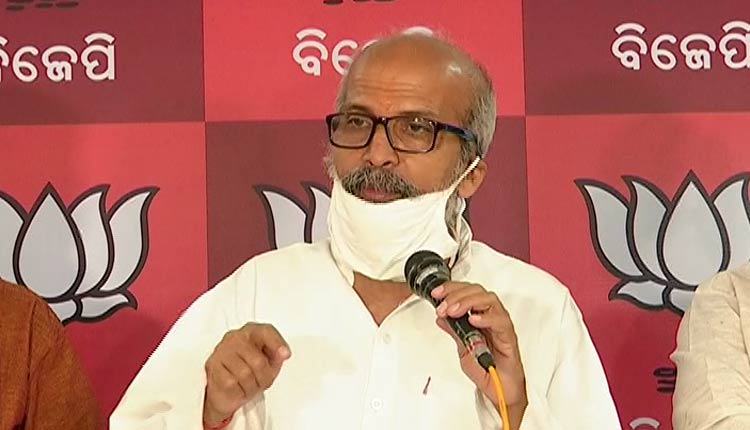 Balasore: Union Minister Pratap Sarangi on Monday hit out at the ruling-BJD and the Odisha government over alleged irregularities in postal ballot system in the by-election to Balasore Sadar Assembly constituency.

“Forgetting its responsibilities, the Odisha government seems to have shifted its base to Balasore just to beat a youth in the by-election. Such is the fear of loss,” Sarangi said while addressing a presser.

Sarangi alleged that the government is misusing postal ballot in order to win the by-elections. “A few days back, officials allowed a 40-year-old woman of Puruna Balasore to cast her vote through postal ballot by representing her as a divyang. When asked, the district Collector clarified it was done as per the voter list,” Sarangi said.

He further alleged that a booth level officer (BLO) while distributing postal ballots tried to convince people to cast their votes for the conch symbol (BJD) which is very unfortunate.

The Union Minister said the State government does not have the basis to win the by-election in a free and fair way. “BJD is trying to win the by-poll through unfair means,” he added.

Sarangi urged the government to stop bogus voting and demanded a probe into the irregularities in the postal ballot.

“Strong and exemplary action must be taken against the officials who are involved in such corruption by abusing their official power and violating the model code of conduct,” he added.

The response of BJD could not be obtained in the matter.