No Rath Yatra For Next 12 Years, If Stay Not Lifted: SG To SC 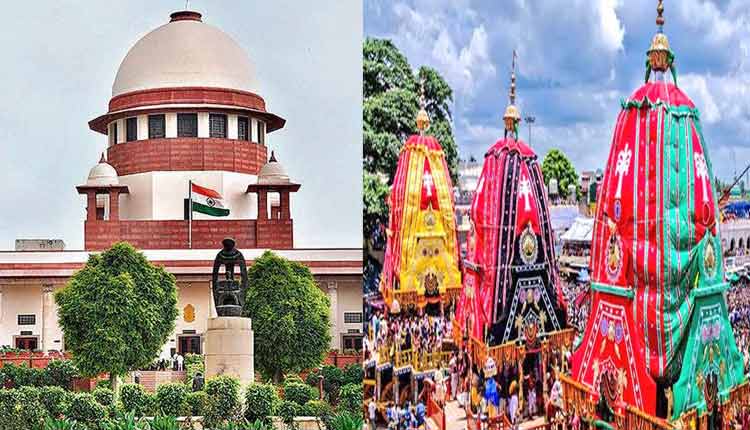 New Delhi/Bhubaneswar/Puri: While asserting that Rath Yatra in Puri can be allowed to be held this year without public participation in view of COVID-19 pandemic, the Centre today told the Supreme Court that if the stay on the festival is not lifted, there can be no Rath Yatra for the next 12 years.

“It is a matter of faith for crores. If Lord Jagannath will not come out tomorrow, he cannot come out for 12 years as per traditions,” said Solicitor General Tushar Mehta, who mentioned the matter before a bench headed by Justice Arun Mishra.

Odisha government can impose curfew for a day and conduct Rath Yatra which is scheduled to be held on June 23, Mehta said.

The apex court had on June 18 said that in the interest of public health and safety of citizens, Rath Yatra can’t be allowed this year. “Lord Jagannath won’t forgive us if we allow,” the court had mentioned.

SG Mehta also suggested that the entire celebration of the festival can be telecast live.

Harish Salve, who appeared for Odisha government, also agreed with the Centre to conduct the Rath Yatra with certain precautions.

Meanwhile, a three-judge bench is all set to hear the Rath Yatra case today. The bench comprises CJI SA Bobde, Justice Dinesh Maheshwari and Justice AS Bopanna- it is the same bench that had passed the June 18 order.