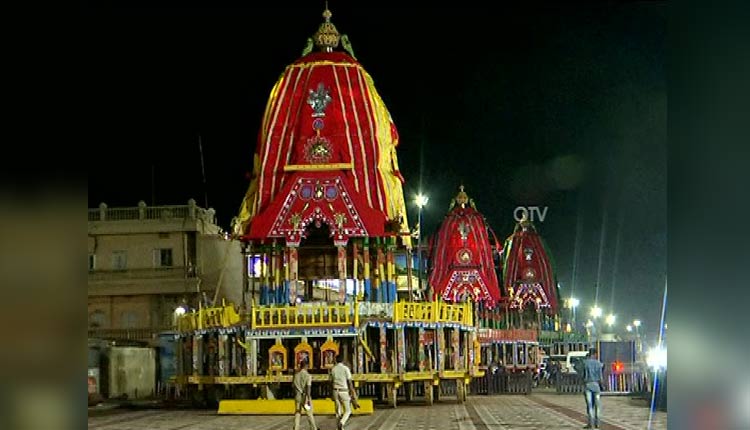 Bhubaneswar: A 19-year-old Muslim student from Nayagarh district is among the 21 persons and organisations who have moved the Supreme Court seeking recall of its order staying the centuries-old Rath Yatra of Lord Jagannath this year due to the COVID-19 pandemic.

The apex court had on June 18 said that in the interest of public health and safety of citizens, this year’s Rath Yatra, which was scheduled for June 23, at Puri in Odisha cannot be allowed and “Lord Jagannath won’t forgive us if we allow” it.

Aftab Hossen, who moved the apex court over its June 18 judgement, is a final-year BA economics student at the Nayagarh Autonomous College and is now being referred to as the second Salabega of the state on social media

Salabega was a Muslim man and a great devotee of Lord Jagannath. During the three kilometre yatra from the main shrine to the Gundicha Temple, the lord’s chariot stops for a while near the grave of Salabega located on the Grand Road as a mark of respect.

Salabega, who was the son of a Mughal subedar, occupies a special place among the devotional poets of Odisha as he had devoted his life to Lord Jagannath. He lived in the first half of the 17th century.

Hossen said he has been influenced by Lord Jagannath since his childhood and that his late grandfather Multab Khan was also a devotee.

The 19-year-old has filed an intervention application before the Supreme Court through his advocate P K Mohapatra.

Hossen said his grandfather had constructed a Trinath (Brahma, Vishnu and Maheshwar) temple at Itamati in 1960.

He said that he has also read several books on Lord Jagannath and developed devotion towards the ‘Lord of the Universe’. Hossen’s father Imdad Hussain, mother Rashida Begum and younger brother Anmol have never opposed him worshipping the idol of Jagannath.

However, Hossen said he has not visited the 12th century shrine in Puri as he was born in a Muslim family. Only Hindus are allowed to enter the Shree Jagannath Temple in Puri.

“I have not visited the temple as I am not allowed. I believe that I am a human being and there is one creator in the universe,” he said.

With great confidence, Hossen said that “the apex court will allow holding the rath yatra once it gets to know the fact that the managing committee is in favour of conducting it on a limited scale in the absence of devotees in view of the COVID-19 pandemic”.

“I am confident that the verdict of the Supreme Court on Monday will not let down the people of Odisha,” he said

Hossen had on June 17 had filed a petition opposing the Odisha Vikash Parishad which sought a stay on the festival.

Later, his lawyer Mahapatra sought a modification in the order of the apex court to conduct the rath yatra only in Puri.

Besides Hossen, several other petitioners have also moved the top court pleading it to modify its order and allow the conduct of Rath Yatra at least in Puri if not elsewhere.