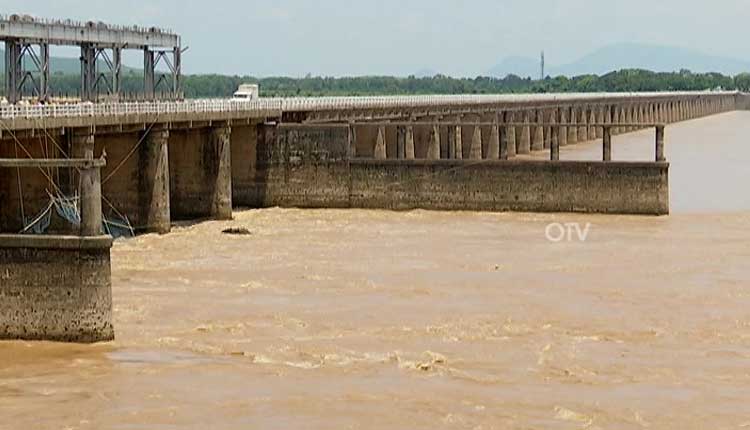 Cuttack: The season’s first floodwater released by Hirakud dam reached Mundali barrage in Cuttack on Sunday. As per official reports, the water flow at Mundali stood at 1.72 lakh cusecs per second by 6 am.

The district administration, however, said that there is no need to panic as the barrage has the capacity to handle a flow of 12 lakh cusecs per seconds. Official sources said the excess water is being diverted from Mundali to Kathajodi River, through Naraj barrage, and Mahanadi and its other tributaries through Jobra barrage.

Earlier, the Hirakud dam released this season’s first floodwater into Mahanadi River on Thursday after water level of the reservoir went up following heavy rainfall in the upper catchment areas.

Usually, the sluice gates of the dam are opened in the month of August. However, as the upper catchment areas of the reservoir received good amount of rainfall since the onset of monsoon, floodwaters were discharged much before the usual time this year, Hirakud dam authorities said. The excess water from Hirakud dam was released through 15 sluice gates.