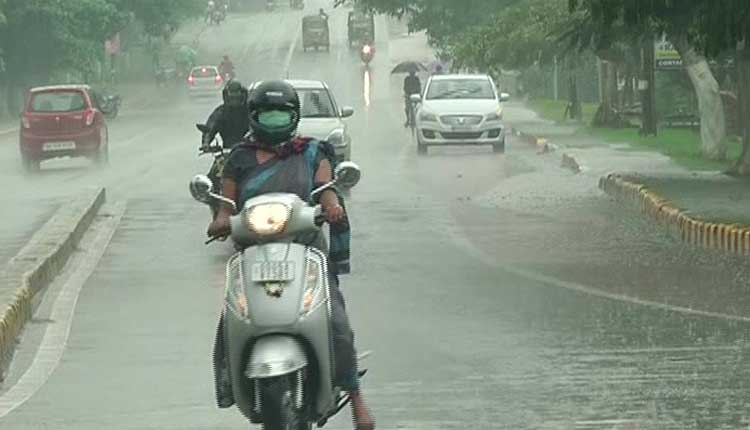 Bhubaneswar: The Regional Meteorological Centre, Bhubaneswar on Saturday issued rainfall and thunderstorm alert for several districts of the State till June 30.

Thunderstorm with lightning is very likely to occur at one or two places over the districts of North Coastal Odisha, Sonepur, Boudh, Rayagada, Gajapati, Kalahandi, Nayagarh, Kandhamal, Khurda, Keonjhar, Mayurbhanj and Dhenkanal, the Met department said in its latest weather warning while flagging yellow warning for these places till 8:30 AM tomorrow.

The weatherman has issued forecast of light to moderate rainfall over the districts of north Odisha, Nuapada, Kalahandi, Bolangir, Sonepur, Kandhamal, Nayagarh, Boudh, Khurda and one or two places over the rest of Odisha till tomorrow.

Heavy rainfall alert has been issued for one or two places over the districts of Sundargarh, Deogarh, Keonjhar, and Mayurbhanj during the subsequent 24 hours.

Data shared by the Met department shows Odisha has received a surplus of 17 % rainfall this monsoon season from June 1 to June 27 as compared to the long term average of 217 mm during the period.

Jharsuguda is the district with the highest surplus rainfall of 118 % followed by Sundergarh with 69% and Nuapada with 67% excess. As many as 9 districts of the State have registered rainfall between a surplus of 20% and 59% and 11 other districts with normal rainfall of 19% surplus and 19% deficit.
But 7 coastal districts including Puri and Khurda have so far experienced a deficient monsoon of 29% and 59%. Kendrapara is the worst-hit district to record 45% deficit in rainfall this monsoon followed by Khurda with 40% and Puri with a 38% deficit.

Seasonal district average cumulative #rainfall along with #percentage departure from normal (mentioned within bracket) (till today, #27thJune 2020) over the districts of Odisha. Color represents the category in which the percentage in departure falls. pic.twitter.com/L2kgiYz1id