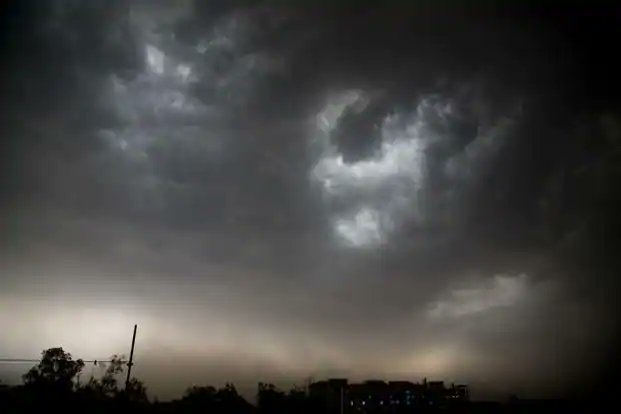 Banki area of Cuttack has recorded 10 cm of rainfall, the highest amount for any place in the State today followed by Dabugaon of Nabarangpur district with 7 cm of rain.

The weather department has issued yellow warning for several districts with forecast of light to moderate rain or thundershower likely to occur at most places over the districts of north interior Odisha and at many places over rest districts of odisha. 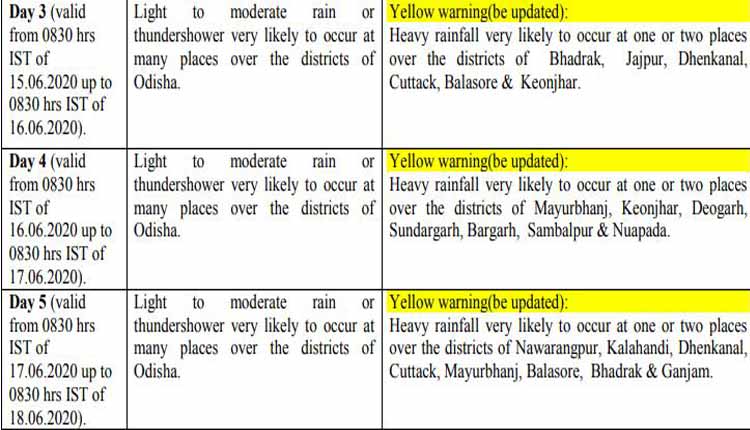 Heavy rainfall warning has been issued for one or two places over the districts of Bolangir, Kalahandi, Sonepur, Bargarh, Nuapada, Sambalpur, Jharsuguda & Sundargarh till tomorrow.

Information shared by the Met department points out that in terms of district-wise seasonal rainfall received in Odisha from the onset date of Monsoon in the country, June 1 till June 13, Ganjam district has recorded the maximum surplus of 114 mm of rainfall followed Koraput with 104 mm and Bhadrak with 98 mm of rainfall.

Similarly, so far Sundergarh has witnessed the highest deficit rainfall of (-44%) followed by Boudh with (-41%) of rainfall. Surprisingly, Puri and Kendrapara have recorded a deficit of (-32%) deficit rainfall each during the period.