Double whammy prediction for Odisha. Besides, receiving below normal rainfall this Monsoon, the big worrying prediction is El Nino conditions will revive by 2020 end. This may impact 2021 Monsoon 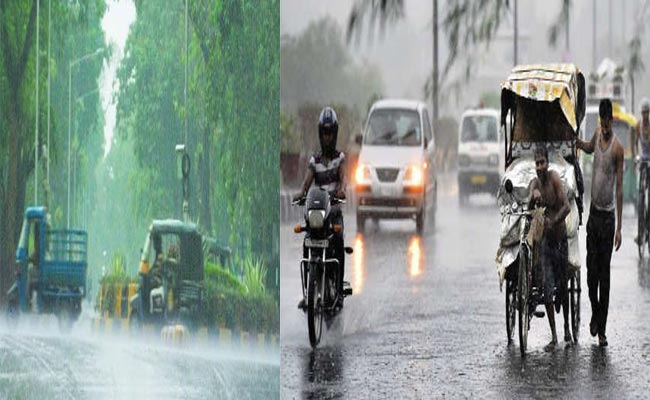 Bhubaneswar: Odisha saw bountiful of rains in spring and summer this year. The State has received 122 per cent more rainfall during the period of March to mid-May. This excess rainfall in the State is attributed to western disturbances and Super Cyclone Amphan. (see the image below) 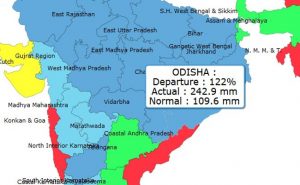 Will the wet streak continue this Monsoon?

Here lies the major dampener for Odisha. State will receive lesser amount of rainfall this Monsoon, when the country will be witnessing a normal Monsoon. Not only the onset of Monsoon in Odisha will see a delay, but the quantity of rainfall will also see a significant drop this monsoon season.

Potsdam Institute For Climate Impact Research (PIK): The prediction by this Germany based institute is Odisha will see a deficit rainfall of as high as 13 per cent this Monsoon. 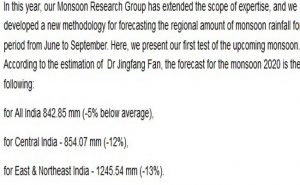 AccuWeather: Another lead weather forecasting agency based in US has made a prediction that Odisha, parts of Andhra Pradesh and West Bengal will record deficient rainfall this Monsoon. AccuWeather says the rainfall in the State will be 90-95 per cent of the normal monsoon rainfall. 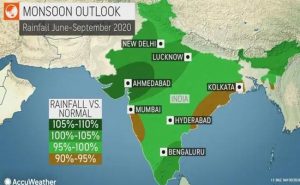 SASCOF: The South Asia Seasonal Climate Outlook Forum consensus outlook very clearly shows that there is nearly 40 per cent probability that Odisha will receive below normal rainfall this Monsoon 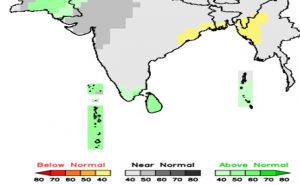 IMD:  Though India’s top weather forecaster is yet to release state-wise and month-wise rainfall in Monsoon 2020, sources say the full report will be released in May last week, the big hint here is IMD is a member of the SASCOF. And the consensus outlook released tells the tale.

There is more dire warning for Odisha. According to PIK (Germany) study, El Nino conditions will manifest by the end of year 2020. Setting in of El Nino would then have an overwhelming impact of 2021 Southwest Monsoon.

History is evident, how in strong El Nino years like 2009-10 and 2015-16, Odisha had seen the worst of droughts and high farmer suicides.

As per PIK scientist Josef Ludescher, “There is 80 per cent probability that El Nino conditions will revive by the end of 2020. The eastern part of India, therefore, has to initiate policy decisions to conserve water, given that 2020 Monsoon will be below normal, he added.”

Why Monsoon Thumbs down for Odisha?

She outlined that India receives Monsoon rainfall from two branches – Bay of Bengal and Arabian Sea.

While Odisha and other eastern states will receive monsoon rains from Bay of Bengal, the western states get the monsoon from Arabian sea. The prediction of delayed and below normal monsoon in Odisha is attributed to a weak Bay of Bengal.

She further explains, “2020 is an unusual year, due to pre-monsoonal showers in many places. The rainfall in North-Eastern India and Eastern part of Central India (including Odisha) has an impact on upcoming monsoon.”

Elena further added while it is good to have rain in sweltering spring, but this pre-monsoon rainfalls usually disturb the formation of impending well-organized monsoon. This will lead to delay and weakening of the monsoon, she elaborated.

Moreover, there is an essential condition for monsoon onset, she outlined.

As per Elena Surovyatkina, before monsoon onset, the daily temperature in the Eastern Ghats should decrease, and temperature in North Pakistan have to increase. And at onset of monsoon, the temperatures have to match. 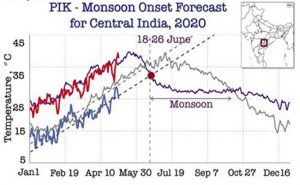 But her study shows, compared to the average of the last five years, the daily average temperature in the Eastern Ghats in April is about 1° lower, but in North Pakistan it is about 4°C lower than the 5-year average. Therefore, it will take several days for the temperature in the Eastern Ghats to drop-down to meet the North Pakistan level, this notably delays the time of monsoon onset, she emphasised. (see the image above)

Moreover, the Monsoon trough, a belt of low pressure that extends from northwest Rajasthan to the Bay of Bengal, will shift to little south of its normal position. And this will bring less rainfall for Odisha and WB.