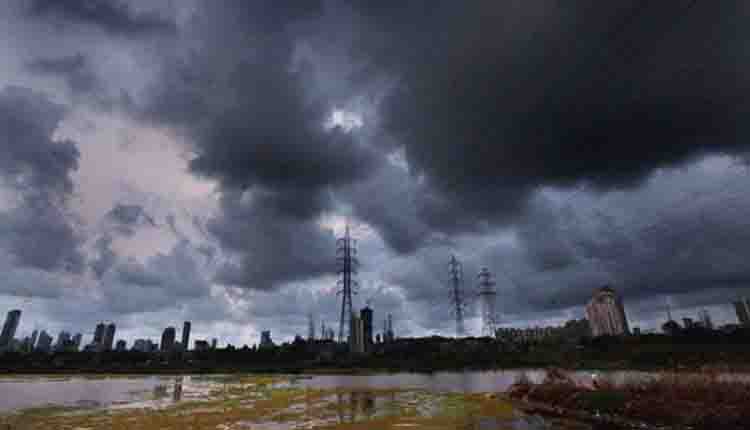 Bhubaneswar: With the likely formation of a low-pressure area over the east-central Bay of Bengal by Tuesday, the Meteorological Department on Sunday informed that the Southwest Monsoon is likely to advance into Odisha, West Bengal, Sikkim and some parts of North-eastern states by next week. 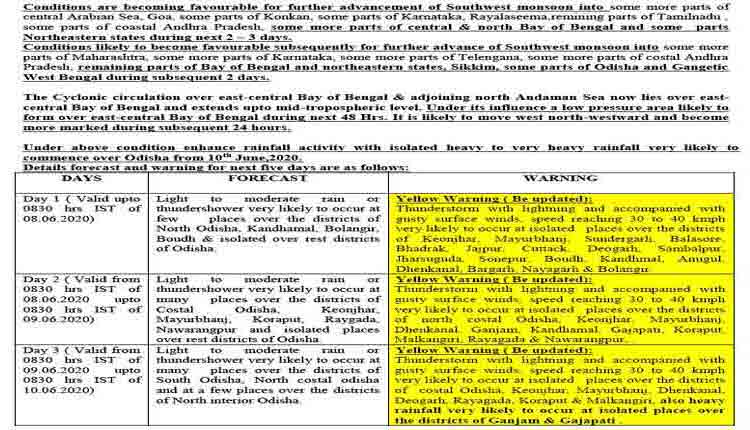 Under its influence a low-pressure area likely to form over the east-central Bay of Bengal during next 48 Hrs. It is likely to move west north-westward and become more marked during the subsequent 24 hours.

In view of the movement of the system, the weather forecaster has issued Yellow Warning for several parts of Odisha with the forecast of light to moderate thundershower during the next 4 days and Orange Warning for June 11 and 12 with the prediction of heavy to very heavy rainfall for several districts. 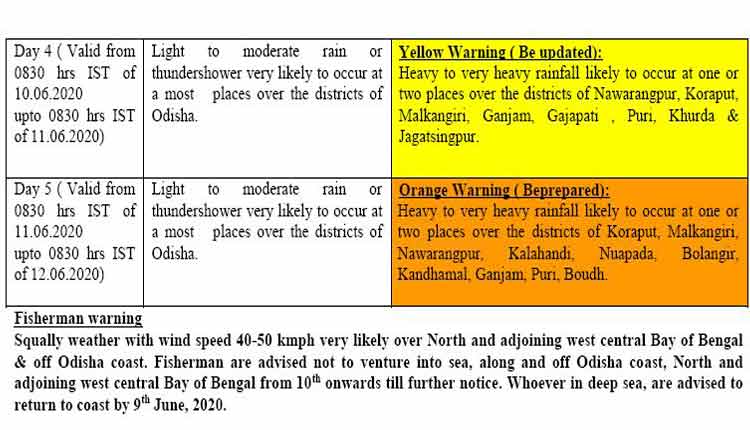 Weather experts at Bhubaneswar Met Centre, Umashankar Das informed that many places of Odisha have received low to moderate amount of rainfall in the last 24 hours. Junagarh of Kalahandi has recorded the maximum of 7 cm of rainfall while Sorada of Ganjam has recorded 6 cm of rain during the period.