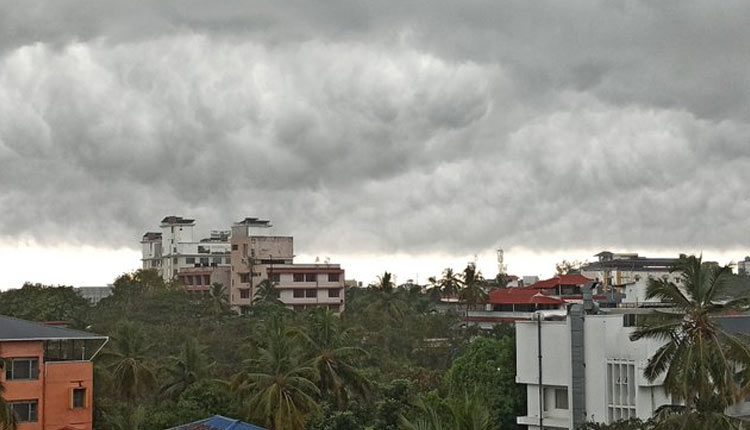 New Delhi: The southwest monsoon has made an onset over Kerala, marking the commencement of the four-month long rainfall season, the India Meteorological Department said on Monday.

“The southwest monsoon has made an onset over Kerala,” IMD director general Mrutyunjay Mohapatra said.

Speaking to IANS, IMD Director General Mrutyunjay Mohapatra said, “Monsoon has arrived. There has been heavy to very heavy rainfall at several places over Kerala. There has also been a persistent increase in cloudiness and strong winds. This is in line with the predictions.”

The state Met department has issued heavy rainfall warnings for Kerala. “Thunderstorm with lightning and wind speed reaching 40 kmph in gusts accompanied by moderate rainfall is very likely to occur at in Thiruvananthapuram, Kollam, Ernakulam, Thrissur, Kozhikode, Malappuram, Kasaragod and Kannur,” it stated.

Mohapatra said that the incumbent weather condition in the coastal state met all criteria for arrival of monsoon such as strong wind speed, persistent cloudiness, and heavy rainfall.

The IMD earlier said that conditions were favourable for the onset of the monsoon over Kerala on June 1 due to the formation of Cyclone ‘Nisarga’ over Arabian Sea.

Monsoon rains are critical for farmers in India as the majority of the country’s net-sown area does not have any form of irrigation. Farmers wait for the rains to begin for sowing of crops.

On April 15, Madhavan Rajeevan, Ministry of Earth Sciences Secretary had forecast that monsoon rains this year are likely to be normal at 100 per cent with a model error of 5 per cent.

The monsoon season from June to September accounts for 75 per cent of rainfall in the country.