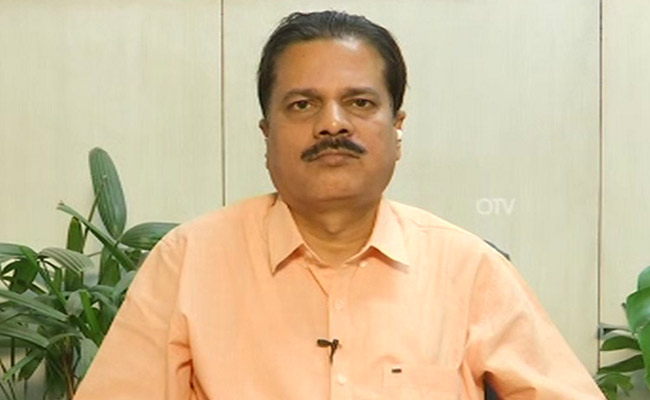 Bhubaneswar: There are very few organisations in the world right now which have earned more credibility than India Meteorological Department, the country’s premier weather forecasting, meteorology and seismology agency.

After being set up in 1875, IMD which is also one of the six Regional Specialised Meteorological Centres of the World Meteorological Organization, has accurately and precisely predicted hundreds of cyclones, tsunamis and several other natural disasters saving crores of lives in Asia and around the globe.

Now the role of IMD in successfully predicting the journey of Super Cyclone Amphan has once again brought accolades for the organisation. Its current Director-General (DG), Mrutyunjay Mohapatra, often referred as the ‘Cyclone Man’ of India seems to have become a household in the country ever since this Amphan saga.

After working at the helm of the IMD for 27 years, Mohapatra who became the chief of the organisation last year once again showed his brilliant scientific prowess when he along with his team hit the bull’s eye while calculating the genesis, trajectory and impact of Cyclone Amphan which wreaked havoc in West Bengal and north coastal parts of Odisha during its landfall on May 20.

In an exclusive interview in OTV’s Khola Katha programme, the top scientist expressed confidence that India’s weather department will take a huge leap in its dynamical weather forecasting models to improve the accuracy of its forecasts in next 5 years.

In fact it has always been Mohapatra’s relentless pursuit to set up an impact-based weather forecasting in the country, starting with cyclones and heatwaves, and then thunderstorms and heavy rainfall events, for which, he says that the IMD has ambitious plans.

Here are some minutes of his special interview with OTV

Amphan was a challenging task for us as it was a super cyclone. But, personally I am very satisfied the way we started tracking Cyclone Amphan from May 13, calculated the genesis and tracked its intensity. Besides, we were also able to pinpoint the direction of its movement, time of its landfall, wind speed and possible impact on various district and places. Overall, the entire process was a successful story.

The 1999 super cyclone mayhem in the State had left a trail of distressing memories for me personally and I always looking for a solution to tackle such natural disasters. When I was made the Head of Cyclone warning division of IMD in 2007, I was asked to revolutionise the forecasting system of such natural disasters. The then secretary of Ministry of Earth Sciences asked me to write a vision document and taking the challenge as an opportunity, I published a vision document in 2010 which thoroughly discussed the current status of cyclone warning, its gap areas, opportunities and challenges. Based on the findings, we have so far given a paradigm shift to the cyclone forecasting system.

One Of Five Cyclones In A Year Has Impact On Odisha

Weather Prediction Will Be More Accurate In Next Five Years

Although we have been able to track cyclones almost accurately, there are many other aspects which need to be developed. For example, we can predict whether a cyclone can uproot trees, damage electric lines, trigger water logging etc. in a district like Khurda but we are yet to find the exact location whether the system will have an impact in Bhubaneswar or any other parts of the district. This apart, some other aspect also remains to be resolved like we are yet to predict exactly whether the cyclonic storm could damage an 11 KV line or 33 KV line

Currently, we are using INSAT-3D for meteorological forecasts and INSAT-4 series will come soon. A task force was formed under my chairmanship to suggest the meteorological components required in the communication satellite for meteorological observations. The Indian Space Research Organisation has taken the suggestions into consideration and accordingly it is designing the satellite which will be launched in 2024-2025. The new facility will remarkably change the way with which we can predict major aspects of a significant weather event like a cyclone in the most precise and accurate manner.

Each District To Have Agro-Meteorological Centre

Gramin Krishi Mausam Seva (GSMS) was launched to issue crop and location-specific weather based agro advisories for the benefit of the farming community in block and village levels. As of now, at least 200 Agro-meteorological units have been set up in each district and as many as 720 such units will be opened in 720 districts of the country which will enable us to give block-level weather forecast.

There are two Doppler radars in Odisha– Gopalpur and Paradip. In the next two to three years, we have planned to install two more Doppler radars in Balasore and Sambalpur. Besides, automated weather stations will also be increased and the meteorological observatory will be soon established in all the districts of the country.

Like Mumbai is the gateway of India, Odisha is country’s meteorology gateway as mostly all types of natural disasters are seen in the State. Therefore, the IMD has been effectively increasing meteorological infrastructures in Odisha and replicating such models across the country.

Take A Deep Breath, Listen To The God Within You In The Time Of COVID-19: Subroto Bagchi