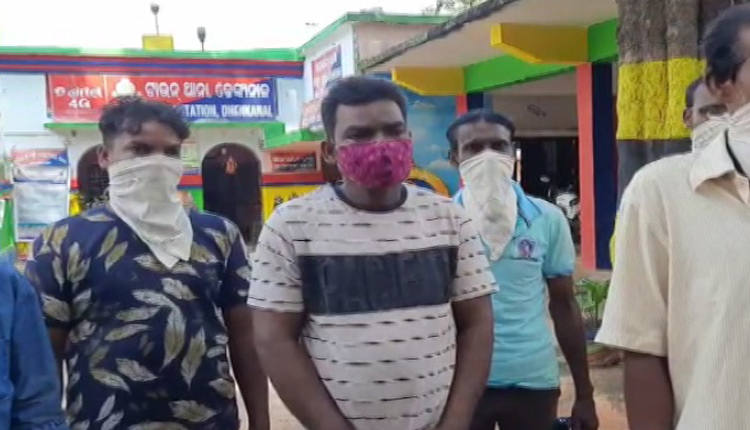 Dhenkanal/Cuttack: A man who had reportedly gone missing from a COVID Care Centre in Cuttack district was found dead on the premises of SCB Hospital on Sunday.

Inspector-In-Charge of Dhenkanal Town Police Station confirmed the death of the inmate identified as Duryodhan Behera.

The family of the deceased identified his body after the police showed them a picture of the body and the clothes he was wearing.

In a complaint with the police, Duryodhan’s son Pradipta said his father was initially admitted to a COVID Care Centre in Dhenkanal from where he was shifted to another centre in Cuttack on October 1.

However, soon after he was shifted to Cuttack, Duryodhan reportedly went missing.
Namita Nayak, the IIC of Dhenkanal town Police Station said, “As per the preliminary investigation, Duryodhan was spotted lying on the premises of SCB hospital and brought to the casualty department on October 1 by some persons. However, he was pronounced dead by the doctor in-charge.”

“Sarpanch called me to inform about the death of my father. I want to ask, why I was not informed about his death if he died on 1 October. I want the erring officials to be punished,” said Pradipta.

A case of unnatural death was registered by the Mangalabag Police in this connection.

India-China Border Dispute: Militaries To Hold Eighth Round Of Talks