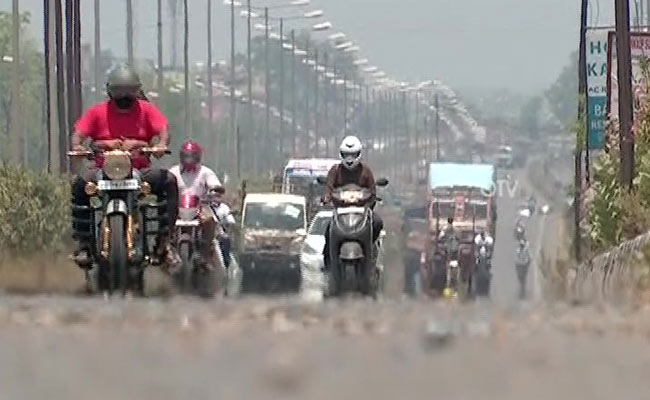 Talcher followed Titlagarh recording second-highest day time temperature in the State today with 44.3 deg Celsius while Bhawanipatna and Bolangir both witnessed temperature of 44 deg Celsius each. 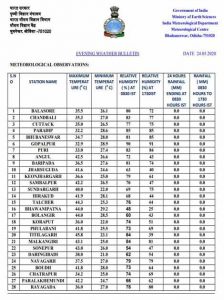 The Regional Met Centre on Sunday forecast severe heatwave conditions for isolated pockets of western Odisha and issued Orange Warning for the areas of Angul, Boudh Sonepur, Nuapada, Bargarh, Jharsuguda, Malkangiri and Sambalpur from May 26 to May 28.

The Met department said that the prevalent heatwave condition is likely to increase heat illness. symptoms in people who are either exposed to the sun for a prolonged period or doing heavy work. high health concern for vulnerable people e.g. infants, elderly people with chronic diseases. 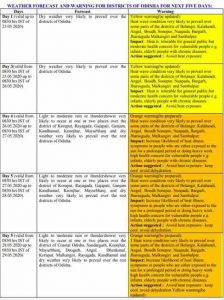 Meanwhile, the State Special Relief Commissioner today shot a letter to the collectors of the state while asking them to ensure full-proof preparedness and take precautionary measures to tackle heatwave situation during the ensuing summer.

Given the fact that the heatwave situation has now surfaced in many districts, SRC further requested the collectors to review and ensure that all precautionary measures to combat further situation are in place and activated. 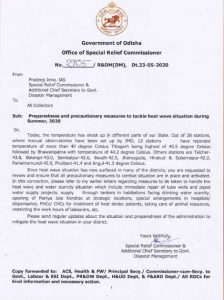 The SRC has pointed out that adequate measures need to be taken to handle the water scarcity situation during the summer. Some of the measures include immediate repair of tube wells and piped water supply projects, the supply of water through tankers in habitations facing drinking water scarcity, the opening of Paniya Jala Kendras at strategic locations, special arrangements in hospitals/ dispensaries, PHCs/CHCs for treatment of heatstroke patients, taking care of animal resources.

The Special Relief Commissioner has also asked the district authorities to set specific work hours of labourers in order to restrict them from working under the sun.