Merchant Body Up In Arms Against Shutdown Decision In Balasore 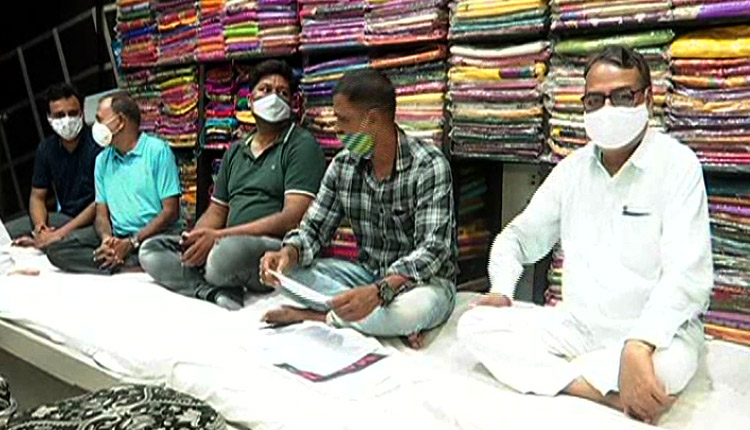 Balasore: The Balasore Textiles & Readymade Garments Merchant Association protested the decision of the Balasore Chamber of Industries and Commerce (BCIC) to clamp shutdown in the region amid the rising cases of Covid-19.

BCIC along with 15 traders’ associations in the district had earlier in a meeting decided to close down shops after 7 PM between October 1 and 15.

It may be noted that the Collector is the supreme authority to enforce shutdown and lockdown restrictions at the district level as per the regulations imposed by the Centre and Odisha government in the wake of Covid-19 pandemic.

In this case, even though the decision to observe shutdown was apprised by the BCIC to the Balasore district administration, the authorities concerned remained mute into the matter.

On the other hand, the Balasore Textiles & Readymade Garments Merchant Association opposed the BCIC’s decision. They also held a press conference on Wednesday and threatened to go against the district administration, if it supports the decision of the BCIC for shutdown in the district.

Secretary of Balasore Textiles & Readymade Garments Merchant Association, Soumendra Das said, “Who has given the authority to BCIC to declare shutdown in the district. They didn’t take permission from the Collector or Sub-Collector. We oppose BCIC’s decision and will continue to follow the shutdown guidelines after 10 PM, as declared earlier by the district administration.”

“After months of suffering due to lockdown and shutdown we had thought that at least we would be able to get some profits in the festive season but now we are concerned over the decision of shutdown. We have decided to go against the district administration if it supports the BCIC over the matter,” added Das.