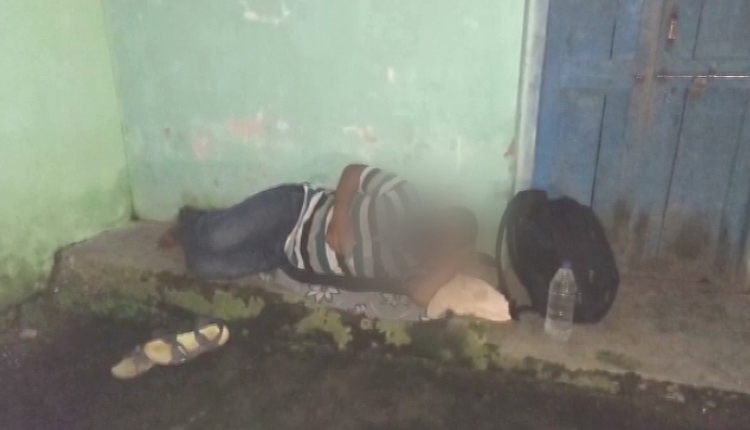 Nabarangpur: At a time when Odisha government is boasting of handling the COVID pandemic situation better than many States in the country, an incident reported from Nabarangpur district allegedly points at the glaring lapses.

It’s been two days that a youth of Tentulikhunti area here has been waiting for a response from the administration with regard to his request seeking admission in a hospital. The youth tested positive for coronavirus reportedly on Tuesday. And because his elderly parents at home are co-morbid, he did not enter his house, rather decided to stay at a Covid hospital.

Because he didn’t want to put his parents’ life at risk, he reportedly informed the administration about his Covid positive report and the urge to shift him to hospital.

However, failing to avail any help from the authorities, the youth has been forced to take shelter at the verandah of his house under the open skies for two days now. The locals have now demanded to shift him to a hospital without any further delay.

“He was found positive on Tuesday. But it is unfortunate that he hasn’t received any kind of medical help so far. He is down with fever but he hasn’t consumed medicines, because none has prescribed or given. I request the government to immediately shift him to the Community Health Centre and begin his treatment,” said a local Akhil Bhatra.

Though the administration is yet to respond to the allegations, CDMO has informed that necessary arrangements are being made for the Covid positive youth.