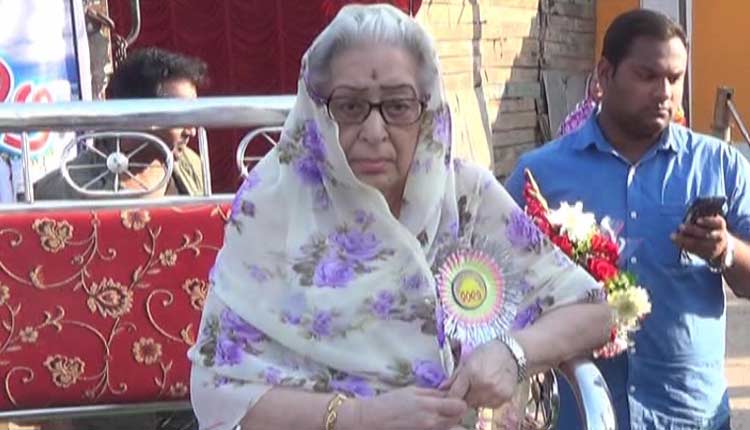 Baripada: A pal of gloom descended on the erstwhile royal family of Mayurbhanj as Rajmata Bharati Rajya Lakshmi Bhanja Deo passed away at the age of 94.

She breathed her last at the Belgadia palace near Baripada in Mayurbhanj district last night. Though the exact cause of her death has not been revealed yet, it was suspected that she died of geriatric disease.

Bharati was born on February 18, 1927 to the Nepalese King Bir Bikram Shah and Queen Kanti at the Royal Palace of Kathmandu in Nepal and married king of Mayurbhanj, Pradeep Chandra Bhanja Deo in 1952.

The twitter handle of Belgadia Palace issued a condolence letter mentioning the late Rajmata as an avid art and culture enthusiast with a passion for sports. They further described her as a philanthropist and a strong advocate for women empowerment.

We are saddened by the news of the death of HH Rajmata of Mayurbhanj, Bharati Rajya Laxmi Devi. May her soul rest in peace. pic.twitter.com/MmoTMEinyL