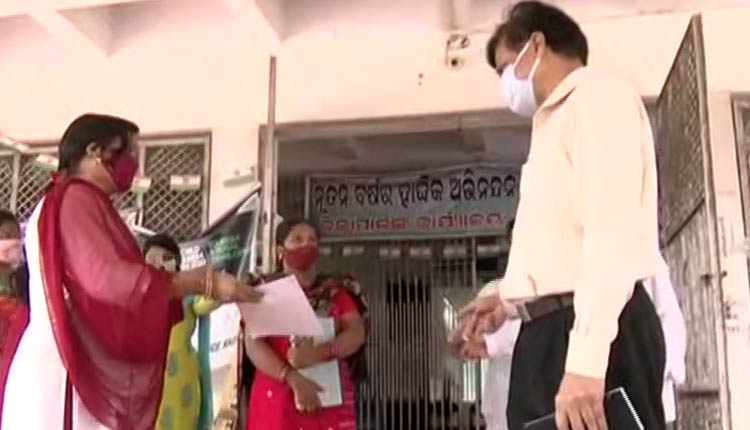 Khordha: Opposing the demolition of the boundary wall of OTV’s CSR project by the district administration, the Mahila Samiti members on Friday met Khordha Collector and demanded action in connection with the matter.

The office-bearers of the Samiti led by its president Jayanti Sahu submitted a memorandum to Collector Sanat Kumar Mohanty at his office and alleged that the demolition was carried out without any prior notice. They urged the Collector to order a probe into the matter and ensure justice.

The members also raised concerns that the place where the boundary wall was pulled down will now become a hub for anti-social elements.

Demolition of Mahila Samiti boundary wall in Sarua: Mahila Samiti member approaches Khordha District Collector; says demolition was carried out without prior notice; raises concerns that the place will become a hub for anti-social elements and demands action #Odisha

Yesterday, the boundary wall was demolished in the presence of Khurda sub-collector, Ashok Beuria and Begunia Tehsildar Prithviraj Mandal. The officials justified their move saying that the demolition was carried out to allow free flow of water into nearby agricultural land.

When asked about demolition of the wall without any prior notice, the Tehsildar clarified that the action was taken to ‘avoid any law and order situation in the area’.

Earlier on October 6, the tehsil-appointed government amin, Sankarshana Paikaray had carried out measurement at the site and clarified that there is no encroachment by Sarua-based Odisha Infratech Private Limited, OTV’s CSR project.