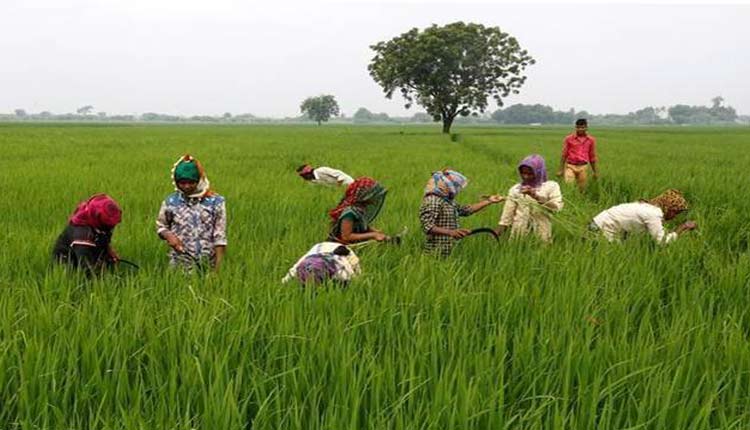 Bhubaneswar: Odisha State Revenue Minister Sudam Marndi on Thursday said the low pressure-induced rain will help farmers of the State in their agricultural activities which has been badly hit due to deficit in the monsoon season this year.

India Meteorological Department’s (IMD) Regional Centre in Bhubaneswar predicted that Odisha will experience heavy rainfall in the coming days with a fresh low pressure brewing up in the Bay of Bengal on August 9.

Speaking to media Marndi said, “The State has experienced a good amount of rain in the last couple of days. This will help the farmers. As many as 196 blocks across the State have received over 50 mm rain.”

Similarly, heavy rainfall is likely to occur in Kalahandi, Nabarangpur, Cuttack, Dhenkanal, Khurda, Jagatsinghpur, Kendrapara, Jajpur, Bhadrak, Keonjhar and Balasore. The IMD has issued yellow warning for the above districts.

Notably, Odisha has reported 553.9 mm rain from June 1 to August 5 as against the average long term rainfall of 625.9 mm rain. However, good spells across the State in the last few days have improved the overall deficit to 11 per cent.