‘Lord Jagannath Will Not Forgive Anybody For Rath Yatra Cancellation’ 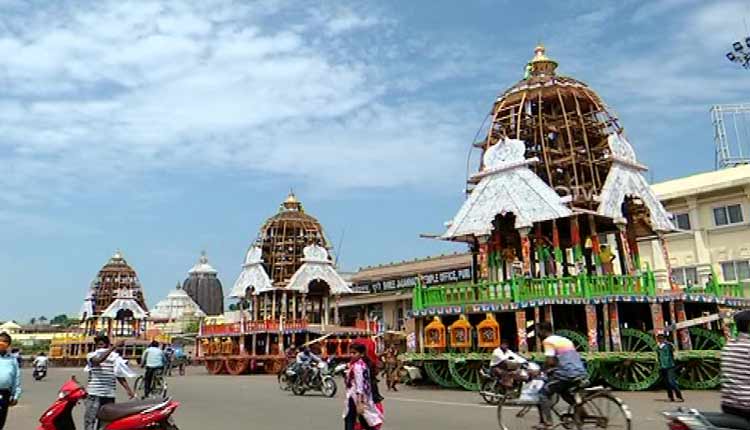 Bhubaneswar: The cancellation of Puri Rath Yatra by the Supreme Court in view of COVID-19 pandemic has evoked sharp reaction among devotees. Many feel irked by the way Odisha government ‘surrendered’ and did not make any attempts to convince the court of holding the festival amid restrictions.

Such arguments have now left the State government in the firing line of the Opposition.

Senior BJP leader Bijoy Mohapatra today stated that this has never happened in the history. “We had earlier warned that a conspiracy was being hatched and they have succeeded,” he said.

“The State government should have filed an affidavit mentioning that we want to conduct Rath Yatra amid restrictions and there will be no congregation of 10 to 12 lakh devotees. No such argument was presented before the Supreme Court,” alleged Mohapatra.

People supported #Odisha govt’s steps on tackling #Covid19. All rituals of Lord Jagannath were completed within restrictions due to the pandemic. But after the sudden cancellation of #RathYatra, govt’s role will now forever remain under suspicion

Echoing similar views, Congress MLA Sura Routray broke down during a press meet and slammed both the Centre and State government for the cancellation of Rath Yatra.

“The Centre gave nod for the construction of chariots for Rath Yatra and State government subsequently conducted the Snana Yatra which was held amid restrictions and without devotees this year,” said Routray.

The Congress MLA further stated that Odisha CM Naveen Patnaik did not want to take any risk. “We are deeply hurt the way Rath Yatra was cancelled. Lord Jagannath will not forgive anybody,” he added.

‘Lord Jagannath will never forgive you’

Senior Congress MLA Suresh Routray breaks down while coming down heavily on #Odisha govt over the cancellation of #RathYatra #RathYatraCancelled #SCStaysRathYatra #RathaJatra pic.twitter.com/jeVinsjpK2

Responding to allegations, Government chief whip, Pramilla Mallick said, “There is no conspiracy as Supreme Court has taken the decision to protect people from COVID-19. Everybody should abide by the Supreme Court directive and the State government has also taken a decision in Cabinet meeting yesterday to comply with the directive.”

Terming that Snana Yatra and the Rath Yatra as completely different, Mallick questioned, “Those who are bringing such allegations, can they guarantee that COVID-19 wont spread if the festival is held.”