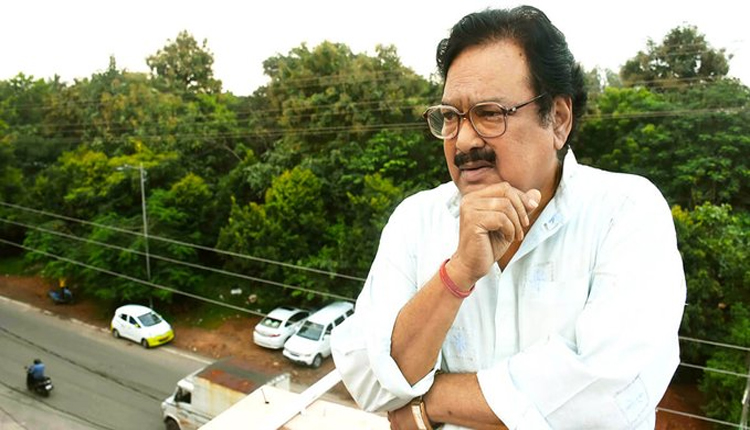 Bhubaneswar:  The last rites of veteran Odia film actor Ajit Das, who passed away at the age of 71 on Sunday, will be performed here in the city on Monday.

According to sources, the mortal remains of Das will be consigned to flames at the Satyanagar crematorium while adhering to all COVID-19 protocols.

Das, who tested positive for coronavirus had breathed his last while undergoing treatment at a private hospital in Bhubaneswar.

As soon as the news of the versatile actor’s death spread, condolences from all quarters- from political leaders to personalities in the film the industry– had poured in for the versatile actor who has left his imprint in the Odia film industry with memorable roles in films like Sindura Bindu, Hakim Babu and many more.

Describing the late actor as a great genius, Chief Minister Naveen Patnaik said that he had left an indelible mark in Odia film industry as a versatile actor and director.

Terming Das’s death as an irreparable loss to the Ollywood industry, veteran actor Uttam Mohanty had said, “We are yet to recover from Bijay Mohanty’s death and the passing away of him (Ajit Das) has left us in deep trauma.”

Odia film director Sishir Mishra had said, “I introduced Ajit Das in Sindura Bindu movie. Later, he went on acting in many movies. May his soul rest in peace.”