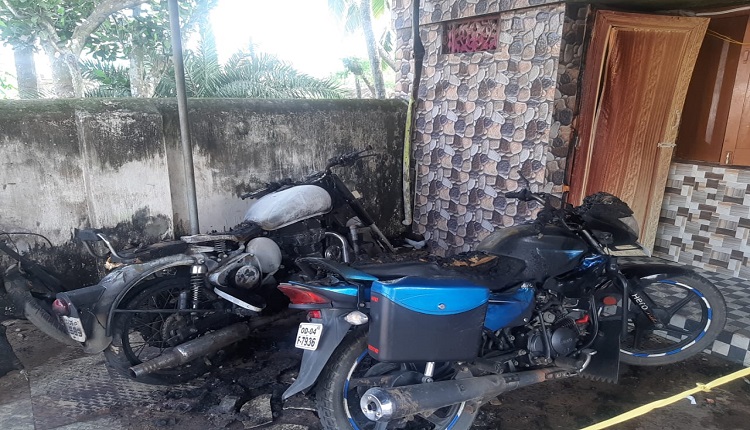 According to sources, the miscreants torched the vehicles using petrol. Though the exact reason behind the act is unknown, past enmity is believed to be the fallout of the incident.

“We heard a loud noise while we were asleep last night. Immediately we woke up and found the bikes were burning. Later, we doused the flame and informed the incident to the fire office,” said Shaikh Liyakat Ali, owner of the house.

Asked about possible reason behind the act, Ali said, “Like everyone, I too have rivals. This might be the fallout of past enmity but I am not sure who is behind it. I will lodge a formal complaint in this regard with police.”