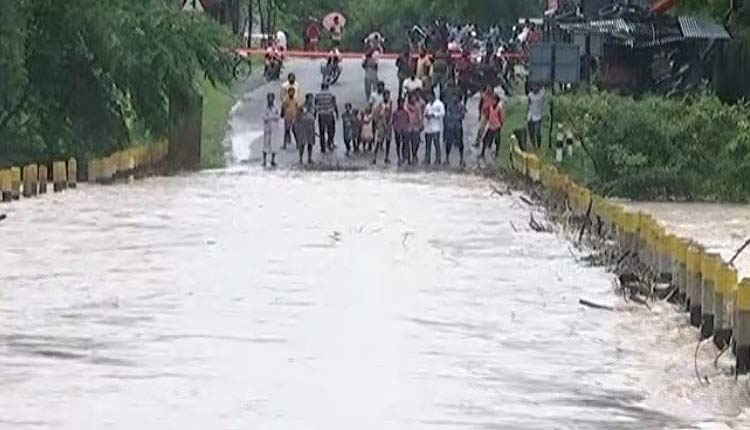 Malkangiri: Heavy downpour, under the influence of a low-pressure, has disrupted normal lives causing a flood-like situation in several parts of the district. Vehicular movements on many routes have been affected as several roads and bridges submerged due to incessant rain.

As per reports, major rivers are in spate causing rainwater water to flow over several bridges snapping communication in the district. Water is flowing two-three foot above a bridge over Poteru River affecting movement of vehicles.

Similarly, road communication between Malkangiri, Kalimela and Motu has been disrupted after a bridge at Kankarakonda in MV-90 remained inundated due to the rains. Water is flowing four-five foot above the bridge.

Vehicular movement between Kalimela and Padia has been affected as a road near Kanyashrama remained submerged in the rain water. Moreover, many villages in the remote areas of the tribal-dominated district have been marooned due to the heavy downpour.

Meanwhile, the district administration is on a high alert in view of the flood-like situation.

The State weather department data said that Malkangiri has recorded a total of 795.3 mm of rain which is 3% more than the long term average as on August 12.