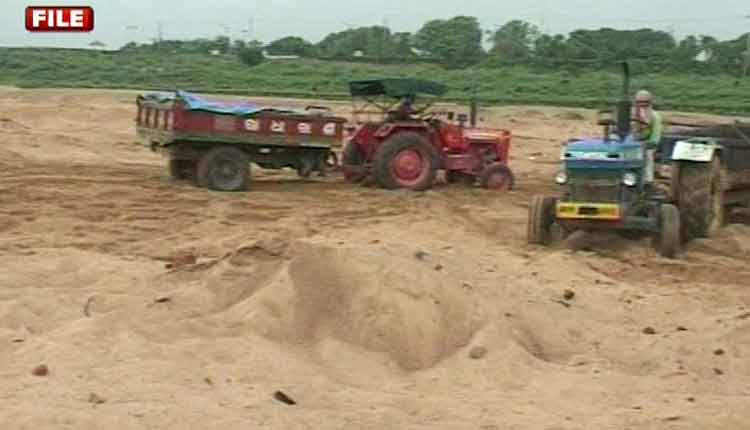 Bhubaneswar: The recent unrest over illegal sand mining, subsequent public agitation and police lathi-charge on protestors in Hinjili speaks volumes about the rampant misuse of natural resources in Odisha.

A day after the unrest in Ganjam district’s Kolidaspur village, Purushottampur and Hinjili revenue officials conducted a joint inspection on Monday. The move came after massive resentment among local villagers who had gheraoed Hinjili Police Station protesting the arrest of five persons by police in connection with the torching of eight vehicles of sand mafia.

Not only Ganjam, illegal sand mining is disconcertingly prevalent in other parts of the State. It is alleged that sand is being lifted from the approved areas within different quarries in Jaleswar Tehsil. Such activity is resulting in the change of course of the affected-river, thereby increasing threat to villages close to the embankments.

“Sand was being lifted from the area round the clock. The situation may become worse as there has been a change in the course of the river,” said Hakim Dalai, a local resident.

In a latest development, Sanatan Sahu, the inspector-in-charge of Bhandaripokhari Police Station was transferred today after a purported audio clip of his conversation while striking a deal for sand mining in Baitarani river went viral on social media.

“Based on allegations regarding the audio, Dhamnagar SDPO has been asked to conduct a probe. The concerned officer has been withdrawn and attached to the headquarters,” said Bharak SP, Rajesh Pandit.

Earlier in view of unscientific sand quarrying and illegal lifting, Odisha government’s Revenue department had issued advisories from time to time in the past. The concerned district Collectors are also aware of such rules and regulations.

Odisha government had even set up Directorate of Minor Minerals and junior mining officers have been appointed in various districts. Besides, enforcement cells have also been set up in 144 tehsils in the State.

“Illegal sand lifting is the new business of ruling-party. All the supporters and agents of the ruling party are involved in such illegal act,” said Odisha BJP vice—president, Bhrugu Baxipatra.

Congress Spokesperson, Sudarshan Das said, “Mafia is active and what is more surprising is that the ruling party leaders are involved.”

Ruling-BJD MLA, Anant Das said, “If we could allot quarries by identifying the space, it will help check illegal lifting of sand and other minor minerals. This will benefit the people and government to generate revenue.”
You May Also Read: