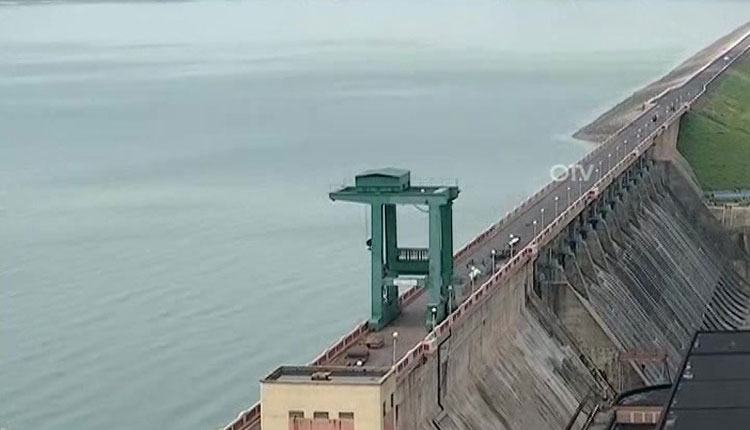 Sambalpur: Hirakud Dam authorities are all set to open the sluice gates of the reservoir to release the season’s first floodwaters tomorrow (June 25).

The decision to release the floodwaters was taken after the water level of the reservoir continued to increase following incessant rain in the upper catchment areas. The floodwaters will be discharged anytime after 10 am tomorrow, the dam authorities said.

However, the dam authorities did not clarify as to how many gates of the reservoir will be opened and quantity of water to be discharged.

Ahead of release of the water, the authorities have made public announcement through loudspeakers to sensitise people living near Mahanadi riverbed.

Harihar Sethi, an employee posted at the dam who was engaged in the public announcement said, “Following the direction of superintending engineer of Hirakud dam circle, the floodwaters of the reservoir will be released anytime after 10 am on Thursday. The water level of the reservoir is increasing due to rain in the upper catchment areas and we are going to release the water for safety of the dam.”

While the maximum water storage capacity of the reservoir is 630 feet, the current water level stands at 616 feet, sources said.