Help Reaches Odisha Girl With Cancer Who Secured 80% In Matric 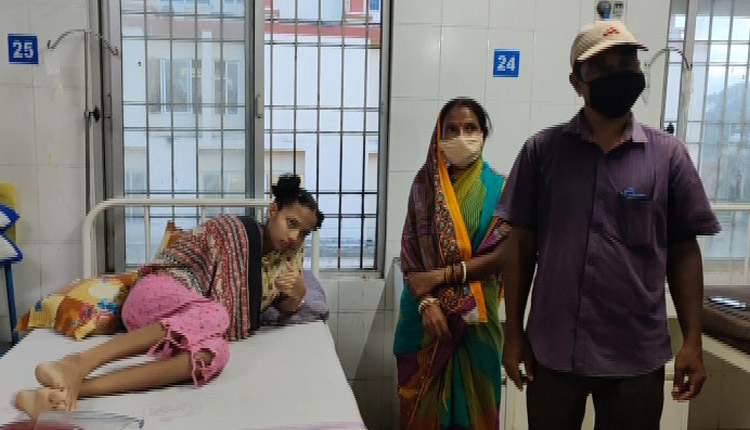 Balasore: The class-10 girl who secured 80% marks in the recently-published matriculation exam results despite battling cancer has received the much-needed help; thanks to the district administration that has extended support after her ordeal was reported on OTV.

As per the reports, Monalisha Mandal, a class-10 girl from Juari village under Alumeda panchayat of Balasore district was diagnosed with bone-cancer in her right hand in 2018. As she was undergoing treatment, she could not appear her matriculation examination in 2019.

However, despite the ongoing chemotherapies and medication, she wrote her matric exam with her left hand and managed to score 80 percent marks, much to the surprise of everyone.

After her story was aired on OTV, the Block Development Officer (BDO) of Balasore Sadar visited the girl’s home and made arrangements to shift the girl to Fakir Mohan Medical College for further treatment.

“We have transferred the patient to the District Head Quarters Hospital (DHH) after directions from the Collector. He has also asked us to monitor her treatment and provide financial assistance as per the government guidelines,” said Narendra Kumar Khamari, the BDO of Sadar block.

Speaking about the treatment, the ADMO of Balasore, Mrityunjay Mishra said, “The patient has been provided chemotherapy free of cost in the day care facility at the DHH.”

The plight of Monalisha was brought to light by OTV in ‘Apana Eka Nuhanti’ programme, following which the district administration took cognizance of the matter and provided Rs 10,000 assistance to her from the Red Cross fund.