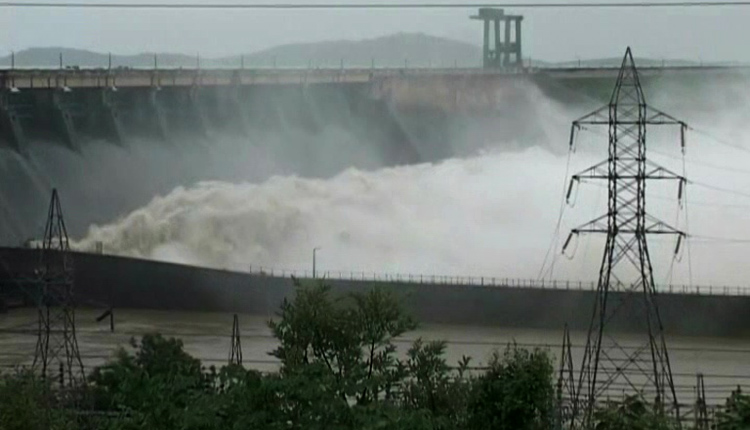 Bhubaneswar: The flood situation in Odisha continues to remain grim with water level in major rivers in spate across the State yet to recede considerably in the wake of high tidal condition due to full moon, Chief Engineer of State Water Resources department Jyotirmaya Rath said Tuesday.

“The full moon system is restricting the flood water from entering into the sea. It will take another three to four days for the situation to improve,” Rath said.

Speaking about present situation at Hirakud dam Rath said, “At present 3.59 lakh cusec water is entering the dam, while 4 lakh cusecs of water is being discharged through 24 gates of the reservoir. The present water level at the dam is 625.77 foot. ”

Similarly, 9.80 lakh cusec of water is flowing through Mundali, he informed, adding that apart from the 36 breaches which developed earlier, no new breach has formed in any river.

The flood has affected at least 14 lakh people across 20 districts of the State, Special Relief Commissioner Pradeep Jena had informed on Sunday.

A total of 3256 villages under 896 Gram Panchayats in 112 blocks were hit due to massive flood resulting in the wake of incessant rainfall due to back to back low pressures on Bay of Bengal.