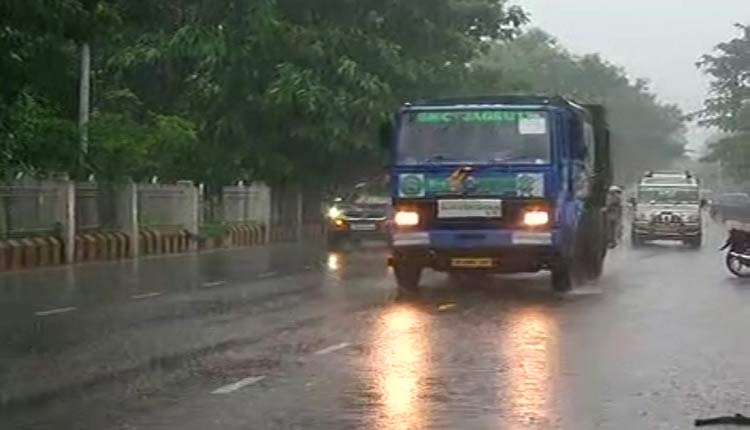 Bhubaneswar: As many as 10 districts in Odisha will continue to experience heavy rainfall in the next 24 hours as the deep depression over Bay of Bengal crossed the Andhra Pradesh coast on Tuesday and moved northwards.

As per the latest forecast issued by India Meteorological Department’s (IMD) Regional Centre in Bhubaneswar, as these 10 districts will receive heavy rainfall till tomorrow.

The districts include Ganjam, Gajapati, Rayagada, Khordha, Puri, Malkangiri, Koraput, Nabarangpur, Kalahandi and Kandhamal for which a Yellow Warning has been issued by the weather bureau.

“The system crossed north Andhra Pradesh coast close to Kakinada between 0630 & 0730 Hrs IST today as a Deep Depression with maximum sustained wind speed of 55-65 kmph gusting to 75 kmph. It is very likely to move west-north-westwards and weaken into a Depression during next six hours and further into a well-marked low pressure area during the subsequent 12 hours, “ read the IMD forecast.

Under its influence, heavy rain is expected to lash several districts in Odisha in the next few hours. Light to moderate rainfall will occur in south coastal and interior and north Odisha. (warning valid till 0830 hours of October 14)