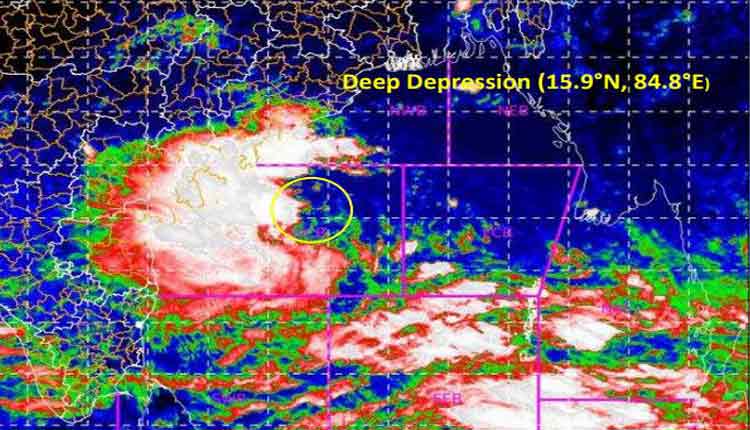 Bhubaneswar: The Depression over West-central Bay of Bengal has intensified in to a Deep Depression, said India Meteorological Department (IMD) on Monday.

“It is very likely to move west-north-westwards and cross north Andhra Pradesh coast between Narsapur & Vishakhapatnam, close to Kakinada during the early morning of October 13 as a Deep Depression with wind speed of 55-65 kmph gusting to 75 kmph,” said IMD.

The #Depression over #Westcentral Bay of Bengal moved #west-northwestwards with a speed of #06kmph during past #06hours, #intensified in to a #DeepDepression and lay centred at #1130hrs IST of today, 2020 about #250km #southsoutheast of #Vishakhapatnam,

Here Is Complete Weather Outlook For Next Two Days

October 14: Light to moderate rainfall with extremely heavy rainfall (>20 cm per day) at isolated places would occur over north Maharashtra.

Homoeopathy Can Do Wonders For Skin Diseases: AYUSH Ministry