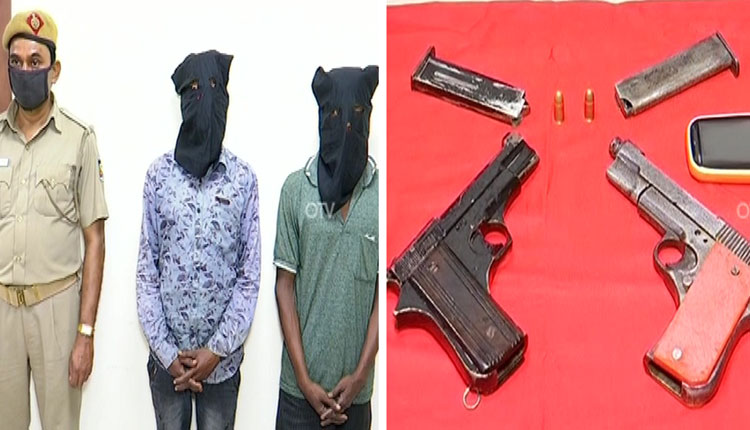 Cuttack: Sending a clear message to criminals seeking to thrive on extortion, Commissionerate Police on Wednesday night arrested two youths who threatened a builder at gunpoint and demanded Rs 20 lakh.

Addressing a presser, Cuttack DCP, Prateek Singh today informed that the two accused – Jitendra Parida and Govinda Sahu have been arrested and two country-made pistols, a motorcycle and a mobile phone have been seized from their possession.

According to Singh, the duo had intercepted a builder, Gyana Prakash Kar near Belleview Chhak while he was returning home last night.

“As soon as the builder reported the matter to Markatnagar Police, police swung into action and nabbed both the accused,” said Singh adding that the duo was threatening the builder for the last six months.

Commissionerate Police had recently launched ‘No To Extortion’ campaign and introduced a special helpline number where people can lodge complaints.