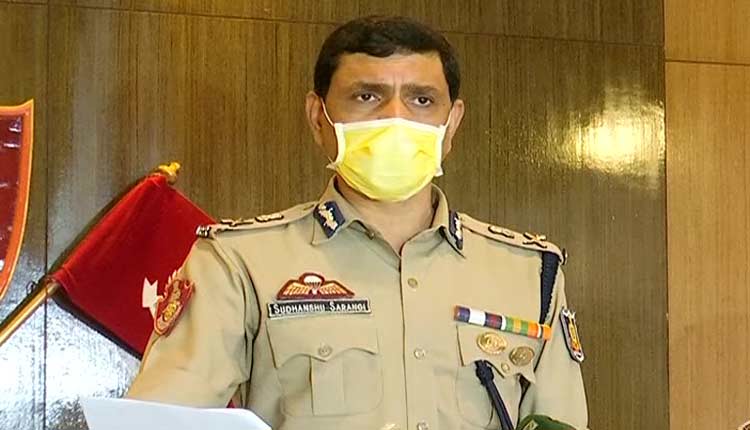 Bhubaneswar: Ahead of the festive season, the Commissionerate Police on Friday decided to act tough on gangsters and rowdies who harass people and extort money by terrorising them.

Police Commissioner, Sudhanshu Sarangi today informed that a special campaign, “No To Extortion” has been launched in the twin city of Cuttack and Bhubaneswar.

The police will soon hold a meeting with vulnerable groups- businessmen, contractors and citizens- at police station level in this regard.

A special helpline number will start where people can lodge complaints or give information about criminals demanding extortion. The names of callers/ complainants will be kept secret and such persons will be awarded,” said the Police Commissioner.

A list of criminals, who are indulging in extorting money, will be prepared at police station level in the twin city of Cuttack and Bhubaneswar.

Sending a stern warning to gangsters and criminals who indulge in extorting money, the Police Commissioner said, “Stern legal action will be taken against the criminals. Steps are being taken to appoint public prosecutors so that criminals do not get bail easily. The criminals will be booked under NSA, if needed.”

“We are committed to ensure that people do not have to pay any protection money to criminals. We sought help from people to make the twin city free from extortion,” Sarangi added.