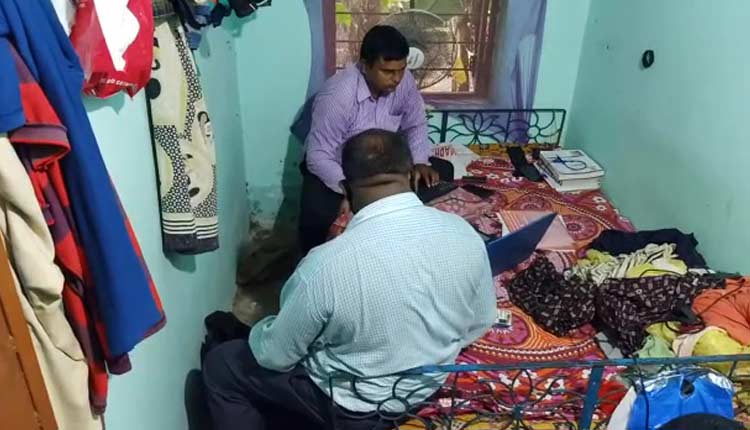 Balasore: Trouble seems to be mounting for suspended inspector-in-charge (IIC) of Jaleswar police station, Dhaneshwara Sahoo with the Vigilance sleuths today conducting raids at his residences in connection with a disproportionate asset case.

Odisha DGP Abhay had earlier placed Sahoo under suspension on the charges of gross misconduct after his alleged links with drug mafia came to light.

According to vigilance sources, simultaneous raids were conducted at seven places including Sahoo’s house, government quarters and relatives’ houses on allegation of acquisition of disproportionate assets to the known sources of income. The searches were carried out on the strength of warrants issued by the Special Judge Vigilance Balasore.

The places where the searches were conducted include flat No.301, Kailash Vihar, Sailashree Vihar, Bhubaneswar, native place at Badabhuin village in Narasinghpur, relative’s house at village Bandhahuda in Narasinghpur, quarter at Jaleswar police station premises, house of associate at Dukhasukhia village in Jaleswar, Hotel Adish, Imam Nagar in Cuttack and house of associate at Nankar, Nimpur in Cuttack.

It is reminded here that an audio clip had gone viral on social media in which Sahoo was purportedly threatening brother of a drugs peddler for money.

It was alleged that Sahoo had threatened one Sheikh Asruddin, who happens to be the brother of Sheikh Jamuruddin, a drug mafia, and demanded money for the release of a seized vehicle.