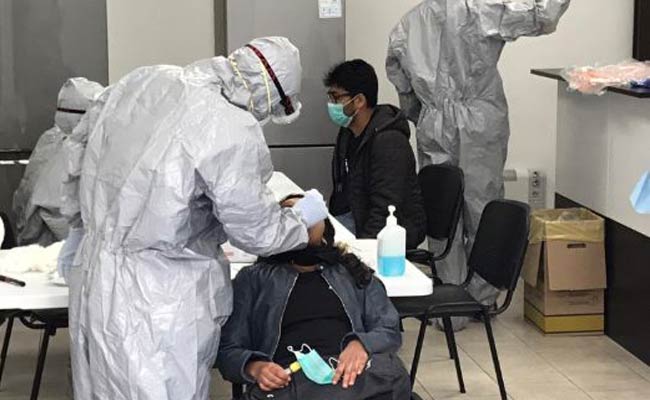 “During the time of an extraordinary situation like this, all are requested (to) play a positive role and not create any confusion. We can’t afford to be distracted at this hour of crisis. Help us to fight COVID-19. Everyone must play his role.”

This was the text of a tweet by the Health & Family Welfare department of the Odisha government at 5.20 pm on Wednesday. What it said, in effect, was: “Just keep your mouth shut. Take what you are fed as gospel truth, without raising any questions about any anomaly, contradiction or confusion that maybe there in what we feed you with because it’s ‘an extraordinary situation’!

In the absence of any other credible source of information, the people of the state, including the media, have little choice but to depend on the government for authentic information because it is indeed ‘an extraordinary situation’. But does that mean the people – and especially the media – will swallow everything that is fed to them unthinkingly even if the discrepancies and contradictions are too glaring to be missed?

And there have been far too many such discrepancies and contradictions over the last week and more to keep the mouth shut as the government desires. Asking questions, after all, is the essence of democracy. And last I checked, India was still a democracy notwithstanding the fact that we are passing through ‘extraordinary’ times. In fact, the confusion, if any, was created by the government and its various agencies dealing with the situation and not by anyone else!

Read: Column: Why A Nationwide Extension Of ‘Lockdown’ Will Be Disastrous

The confusion actually started the day the government decided to reverse its own principle of keeping the identity of those who test positive for the nCorona virus and revealed the name and residential details of Pradipta Dalabehara, the man from Suryanagar area in Bhubaneswar, who was the fifth person in the state to have tested positive. Announcing the decision, Bhubaneswar Municipal Corporation (BMC) Commissioner Premchand Choudhury attributed the reversal of the policy of ‘no names’ to the fact that Dalabehara had no recent history of travel outside the state, raising fears that this could mark the beginning of the dangerous third stage in the spread of the virus called ‘community transmission’. The whole of Suryanagar was sealed and intensive containment measures initiated in the area immediately after the BMC chief’s announcement. But less than 48 hours later, Choudhury revealed that while Dalabehera himself had no recent history of travel outside the state, one of his family members did! As if this was not enough to confuse the people, Chief Secretary Asit Tripathy told the media the same day that no evidence of community transmission had emerged ‘so far’ in the state! The two grounds on which the identity of Dalabehera was revealed and Suryanagar sealed thus fell flat on their faces!

So, who created the confusion?

The confusion deepened further the next day when the BMC announced sealing of Bomikhal area after three persons were identified as positive for Corona. As in the case of the Suryanagar victim, we were told that these three too did not have any recent history of travel outside the state. Since no sealing had been undertaken in the areas inhabited by the first four positive cases – presumably because they had known history of travel outside the state and ‘contact tracing’ was easy in their cases (we were even given the exact numbers of people these four had come in contact with since their return!) – the people assumed that sealing became necessary because it was a case of community transmission. The next day, we were told that while the three positive cases, who are brothers, had not gone outside the state, their father had recently returned from Bhopal and carried the virus from there. So why was the whole of Bomikhal sealed and the people put to untold miseries when the basic premise on which it was done was not relevant anymore? Why did the BMC jump the gun, for the second time in two days? In the Suryanagar case, revealing the name had apparently became necessary in ‘larger public interest’? How come ‘larger public interest’ suddenly became irrelevant in the Bomikhal case the very next day even though the case details were no different?

So, who created the confusion?

The day after the revelation about the Bhopal returnee and his three sons, we were told as many as 15 new positive cases had emerged in Bomikhal, most of them relatives of the former’s family or those who had come in contact with them. The number of positive cases in Bomikhal thus leap-frogged to 19 in just two days! And this was as per the number given by the government’s own agency, BMC, and not anyone else. But the figure strangely came down to 18 the next day without any explanations offered.

Then on Wednesday, we were told Satynagar had been sealed after four positive cases were identified there. If this was the case, the total number of positive cases in the state, which stood at 42 the previous day, should have increased by four, shouldn’t it? But the number still remained at 42! When TV channels started raising questions about the all too visible discrepancy, the BMC came out with a clarification of sorts and said three of the four cases in Satyanagar were linked to the Bomikhal cases. There was, however, no word whatsoever on the fourth person. In an incredible exercise of figure jugglery, the number of cases in Bomikhal came down from 18 to 14! The four were assigned to Satyanagar though only three of them, we were told, were linked to Bomikhal.

As if all this was not good enough to confuse the people, BMC spread panic in the evening by revealing that one of the four positive cases in Satyanagar used to frequent an OMFED booth near the Big Bazar square and asking all people who may have visited the booth and come in contact with ‘him’ should remain in 14-day home quarantine. But how do the people know who was ‘he’ since no names were revealed in any case other than that of Dalabehera (who is fully entitled to file a defamation suit against the government for having invaded his privacy!). Did the BMC want every person who had gone to the booth to go on quarantine? If so, what was the cut-off date? Since no such dates were given, did the BMC want everyone who has ever gone to this particular booth, even if it was 10 years back, to go on quarantine? What prevented the BMC from revealing the identity of the person? How were the people to know who among the four new cases was the person in question?

So, who is creating confusion?

On Tuesday, we were told the IB office in Unit V had been sealed and all employees put on quarantine after it was found that one of them had come in contact with one of the eight persons who had tested positive in Suryanagar. But the next day, the map released by the BMC to show the spread of the virus in Bhubaneswar showed one positive case in Unit V. Was it the same person who had apparently ‘come in contact’ with one of the Suryanagar victims or someone else? And when was this person reported positive? No answers are forthcoming.

Also Read: Column: ‘Lockdown’ Isn’t Such A Terrible Thing After All!

So, who exactly is creating, spreading and sustaining confusion, if not the government?

The problem with this dispensation, to use a popular saying, is that the ‘left hand does not know what the right hand is doing. The Health department says one thing, BMC another and the Chief Spokesperson for Corona something else. It is the lack of coordination between the various arms of the government which is creating and perpetuating the confusion, not the people or the media. The media is just asking some relevant questions that need to be answered and the confusion, if any, dispelled. But to shut down the people’s mouth or – as it happened with a journalist friend, getting blocked by the Health department on Twitter – for asking the relevant questions is not going to clear the confusion.

It is time the government realized this and stopped creating confusion. And when there is a confusion, it has to clear the mist and put the ‘correct’ facts in the public domain.