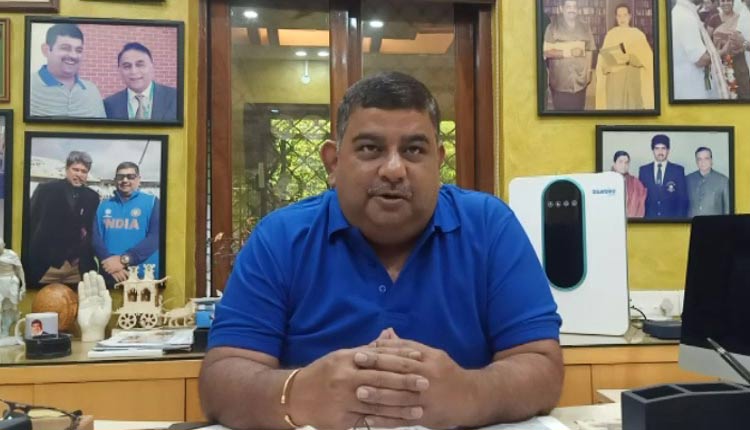 Bhubaneswar: Putting an end to speculations regarding appointment of a new chief in the Odisha unit of Congress, former Parliamentarian and senior leader of the party, Ranjib Biswal on Wednesday dismissed the theories as just ‘rumours’.

In a briefing to the media personnel, Biswal clarified that no decision has been made regarding the change of OPCC chief at the national leadership of Congress in Delhi.

Labelling other’s opinion about himself being in the race for the next OPCC president, Biswal said, “I am not in the fray for the position nor anybody else for that matter.”

“As far as my knowledge goes, No Congress leader from Odisha is lobbying in Delhi for the same,” Biswal Explained.

“The people who think that Odisha PCC is heading for a change only because Gujarat Congress appointed their working president recently, are wrong,” he concluded.

Earlier on Sunday, Congress MLA Sura Routray had said that there are as many as 13 candidates in the fray for the president post of the Grand Old Party’s State unit including Narasingha Mishra Sarat Patnaik, Bhakta Charan Das, Ranjib Biswal, Pradeep Majhi and former OPCC chief Jaydev Jena.

Party leader Pradip Majhi too had refuted that he is not interested in taking over the baton from the incumbent Niranjan Patnaik.

While Sarat Rout has claimed that Niranjan was appointment looking at the financial situation and experience prior to the general elections, but the present scenario demands for a change in the guard. A young dynamic leader who can keep the checks and balances and also prepare the party before the upcoming civic body and panchayat polls.

Covid Care Homes in Odisha will get 7000 temporary health workers