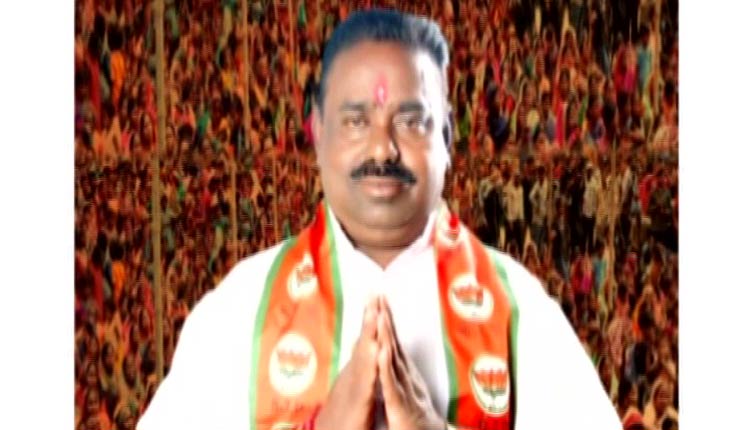 Balasore: BJP MLA from Balasore Sadar constituency in Odisha, Madan Mohan Dutta passed away at a private hospital in Bhubaneswar at the age of 61.

Dutta was undergoing treatment at a private hospital in Bhubaneswar and breathed his last today morning after suffering a heart attack, informed his son Manas Dutta.

BJP MLA from Balasore Sadar constituency, Madan Mohan Dutta passes away at a private hospital in Bhubaneswar. The 61-year-old leader died after a heart attack, his son informs #Odisha pic.twitter.com/gCogUouzsL

Madan Mohan contested the 2019 assembly polls from Balasore Sadar constituency on BJP ticket and defeated BJD candidate Jiban Pradeep Dash by a margin of 13406 votes to become legislator for the first time. He was a strong leader of BJP in Balasore and was earlier elected as Remuna block president and chief of BJP’s Balasore district unit.

Several leaders across party lines expressed condolence over the passing away of the legislator.

Chief Minister Naveen Patnaik said he is saddened by the news of the death of the leader and conveyed his sympathy to the bereaved family. Union Minister Dharmendra Pradhan mourned the untimely demise of the leader and said he was like a brother to him.

Union MoS (MSME), Pratap Sarangi released a video message condoling the demise of Dutta and said that the legislator had always fought against injustice and for the rights of the poor.

BJP vice-president Baijayant Panda also expressed grief over Dutta’s death and said that he worked relentlessly for the party and led from the front.

.@PandaJay is deeply saddened to learn of the untimely demise of @BJP4Odisha Balasore Sadar MLA, Shri Madan Mohan Dutta Ji.
He was like a brother to him & worked relentlessly for the party leading from the front.
Thoughts and prayers with the bereaved family.
Om Shanti 🙏🙏 pic.twitter.com/lm1nrd4TiI