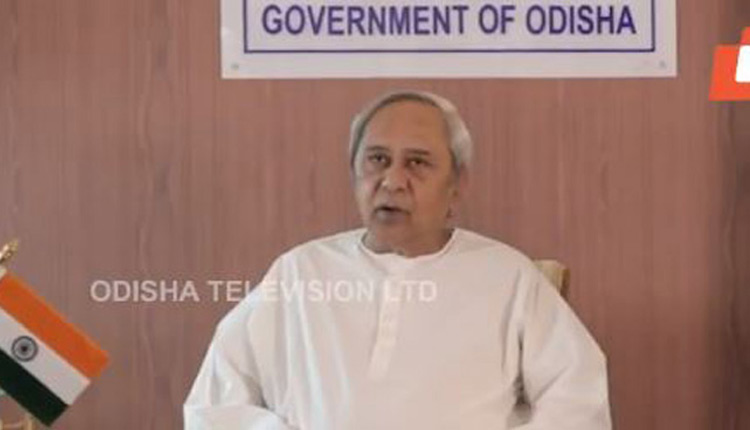 Bhubaneswar: Odisha Chief Minister Naveen Patnaik, whose party BJD opposed the passage of farm bills in Rajya Sabha, on Monday said they will fight for implementation of Swaminathan Commission recommendations on fixing of the Minimum Support Price (MSP).

Patnaik said this while addressing the BJD Legislature Party meeting on the eve of monsoon session of the Assembly which commences from Tuesday.

The eight-day long session of the state house has been convened from September 29 amid surging COVID cases in Odisha.

The session will end on October 7.

“BJD is in favour of any initiative that will bring prosperity in the lives of farmers. We will continue our fight for implementation of M S Swaminathan committee recommendations on formulating MSP. This will really help the farmers at large, Patnaik told the BJD lawmakers.

Stating that BJD raised its concern regarding protection of farmers interest in the farm bills, Patnaik said his party has suggested for close scrutiny of the legislations by the Parliamentary Committee.

This apart, Patnaik said the BJD will form a committee of MLAs, MPs and leading farmers leaders to study the provisions of the new farm bills.

“I would like to assure the farmers that their welfare will be paramount in any of our interventions,” Patnaik said referring to the opposition Congress allegations that both the BJD and BJP were “anti-farmers”.

Senior Congress leader and former Madhya Pradesh Chief Minister Digvijay Singh during a recent visit to Odisha, had targeted the ruling BJD and accused the regional party of having a “secret understanding” with the BJP at the national level.

Patnaik also made his party’s stand clear on the New Education Policy.

“The party has formed a committee to go through all aspects and come up with findings after discussing with various stakeholders,” he said.

Stating that Odisha is the first state formed on linguistic basis in the country, the BJD president said that the party is committed to protect and promote the mother tongue odia, whether it is in New Education Policy or any other intervention of the union government.

“This will form an important principle to evaluate the education policy and in addition to this How rural students will be impacted will also be an important criteria for us,” Patnaik said.

Referring to the opposition BJP and Congress in the state which have already prepared to corner the state government on alleged COVID-19 mismanagement in the Assembly, Patnaik said the pandemic in the last 6 months or so has changed the lives of people like never before.

Stating that India is adding almost a lakh new cases every day and this is the highest addition in the world besides the country having the second highest number of cases in the world, Patnaik said,” country’s economy has been hit very badly, registering minus 23 per cent growth resulting in millions of job losses and lakhs of business closes.”

However, Odisha is putting up a brave fight against COVID, he said adding that the state has one of the highest recovery rates in the country and saves maximum people in the country with low fatality rates.

“We are the pioneering state to set up dedicated COVID hospitals, Temporary Medical Camps and empowered Gram Panchayats in playing a vital role in coronavirus management.

“From food in TMCs to accommodation, testing, lodging, transport, treatment, plasma therapy everything is provided free of cost to COVID patients in the state,” the chief minister said.

This apart, Patnaik also claimed that Odisha is the only state in the country which is providing everything free of cost to Every One. Universal free coverage of all COVID related expenses.

The chief minister said he had asked all the party MLAs to actively mobilise blood plasma and help in dead body cremation through BJDs ‘Jeeban Bindu and ‘Mo Parivar Programes.

“Also we should actively sensitise people on the use of masks, hand washing, and maintain social distance. For these we will have a month long awareness campaign from October 2, the Gandhi Jayanti following COVID guidelines,” Patnaik said.