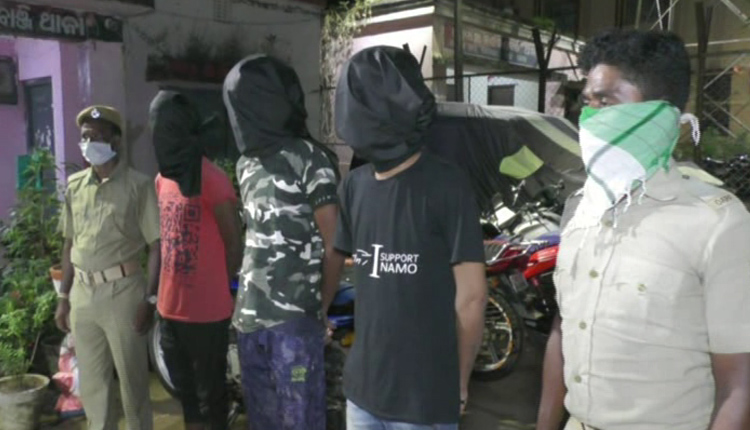 Bolangir: The Kantabanji Police in Bolangir on Sunday reportedly busted a motorbike theft gang. The police has also arrested three persons involved in the crime and recovered seven stolen motorcycles.

The accused have been identified as Siba Pradhan, Hiralal Patel and Prabhat Kumar Behera. One more member of the gang was earlier arrested by the Kantabanji police on Saturday and forwarded to the court, informed the Inspector-in-Charge of Kantabanji Police Station, Satyajit Kandankel.

“The thieves were nabbed after multiple raids in several places of the district. All the arrested are veteran criminals while Siba Pradhan was earlier forwarded to the court in connection with a case. He is the key breaker and the one who can start motorcycle directly without key,” informed the IIC.

The gang was reportedly active in Tureikela, Belapada and Muribahal area of the district.