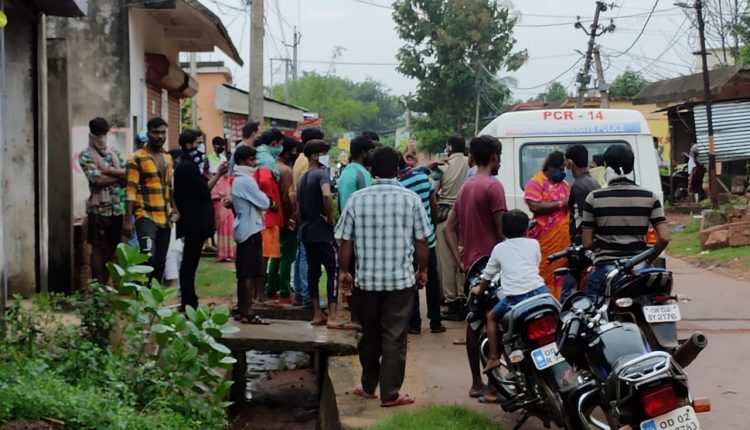 Khordha: At least two persons were injured after unidentified miscreants hurled seven bombs at a house at Mundasahi area in Khordha town on Sunday.

According to reports, one man and a woman today sustained multiple injuries in the bombing incident. Both the injured have been admitted to Jatni Hospital.

Sources said that the miscreants lobbed crude bombs at the house of one Rabi Pradhan, who ekes out a living by selling fish.

Pradhan alleged that the attack was carried out by SK Sahabuddin with whom he had past enmity.
“Sahabuddin had problem with me as I was doing business on the road side. He had threatened me and my son Raghu several times in the past,” Pradhan alleged.

The house of Pradhan has been completely damaged in the bombing.
Following the incident, Khordha Police reportedly reached the spot and initiated a probe into the matter.

IPL 2020: KKR Clinches Victory From SRH In Super Over